For the third week of February 2017 of the Thursday Movie Picks hosted by Wanderer of Wandering Through the Shelves. We turn to William Shakespeare and the many film adaptations of his body of work. There have been many versions of his stories adapted into film as picking three itself would be tough as there’s so many. 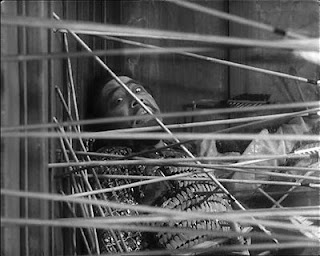 The story of ambition and betrayal set in the Scottish highlands is definitely one of Shakespeare’s most celebrated stories as it’s been adapted time and time again. Yet, two of its film adaptations are told in a traditional fashion but with different ideas by two cinematic masters. The 1948 version by Orson Welles is definitely more theatrical in terms of its setting and mood while the 1971 version by Roman Polanski is definitely more cinematic visually while not being afraid to be graphic in its approach to sex and violence. The best of those three adaptations is from Akira Kurosawa whose adaptation in Throne of Blood definitely takes it to new heights not just in its visuals but also translating the story into feudal-period Japan with Toshiro Mifune in one of his best roles as the film’s climax remains one of the most intense moments in film. 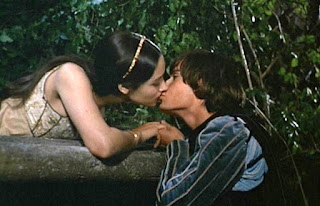 Easily the most popular adaptation of Shakespeare’s work about two kids from feuding families who fall in love with other and tragedy ensues. Another story that spawned numerous adaptations, there are so many to choose one as it’s hard to say which is the most definitive. Franco Zeffirelli’s 1968 film version is definitely the most traditional in its narrative but the music of Nino Rota as well as the visuals and Laurence Olivier’s narration makes it a very faithful adaptation. The 1996 version by Baz Luhrmann that stars Leonardo diCaprio and Claire Danes definitely uses Shakespeare’s language but it is given a modern-day setting that is very lively and filled with gorgeous visuals. The third and most unconventional picks of the three in Warm Bodies sets in a post-zombie apocalypse where a zombie falls for a young woman despite the conflicts between humans and zombies. It is definitely very funny but also give Shakespeare’s tale a new twist. 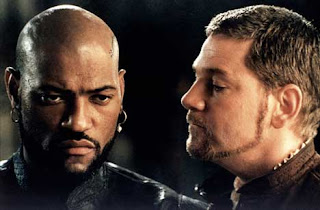 While there are many adaptations of this tale of a Moorish general who is deceived by his captain claiming that his beloved is having an affair. Much of it often features white men in blackface playing the titular character with the most famous was Laurence Olivier in a 1965 film version. The 1951 version by Orson Welles which also has him playing the titular role is definitely very stylish in terms of its usage of slanted camera angles and improvised tone. It’s a messy film but certainly intriguing while the 1995 film version by Oliver Parker starring Laurence Fishburne in the titular role is probably the most faithful. Especially as it has Fishburne playing the character the way it’s meant to be played though he’s not the first African-American actor to play that role. With Kenneth Branagh, Michael Sheen, and Irene Jacob in key roles, the 1995 is definitely the more traditionally-based version of the story but it is certainly a film to seek out as it is a very underrated film.

GOD I love Throne of Blood. I still need to see Polanski's version of Macbeth, though.

I overall prefer Zeffirelli's R&J, but Luhrmann's certainly has its moments. Warm Bodies is enjoyable but very slight.

The Branagh/Fishburne Othello is SO great. Really underrated. I think Branagh is my favorite Iago ever.

I have not seen Throne of Blood but it is popular today along with their works from Kurasawa. I do love this version of Romeo and Juliet and have not seen Othello. I wish I could see Paul Robeson as Othello

Great picks! I only watched Romeo & Juliet once, but I love Kurosawa's work. So, I guess I'd have to see some of his Shakespeare inspired films.

I haven't seen Throne of Blood, but a few others chose that today as well.

Went for a Kurosawa film myself but I went for Ran which is inspired by King Lear. Like Dan I prefer Zeffirelli's R&J, but Baz did something interesting with the film

Love that you went the comparative route between various versions-there's so many of his most popular plays! (Mine include yet another version of the Scottish play)

I feel shame to say I've never seen Throne of Blood-my Japanese film viewing is woefully deficient-but both of the other two versions have things to admire though the Polanski version was too blood drenched for me and Welles takes always have that on the fly feel being that he usually did them in pieces as he pulled together the financing. Plus Jeannette Nolan, an actress I usually like, gives an overblown reading of Lady Macbeth-he had wanted Agnes Moorehead but she was unavailable how awesome would that have been!

I haven't seen Warm Bodies-it just does not look like my thing-but those other two versions of R&J are both enjoyable in their very different ways. The Zeffirelli one is a creamy piece of dreamy romanticism while the Luhrmann take is awash in his fevered stylization.

The Welles version of Othello suffers from the same things his Macbeth does while still holding the viewers attention. I've never seen the Fishburne one which I must correct posthaste.

As I mentioned my contain yet another version of Macbeth, I had to search years to find it but I really liked it when I did, I love my other two as well.

Hamlet (1996)-Kenneth Branagh adapted, directed and stars as the tortured Dane supported by a cast that is drawn from the cream of the British acting world with a few choice American stars pulled in for good measure. What makes this version stand out from the myriad others is Branagh’s decision to pull the play out of the dingy and poorly lit 14th century to the lush baroque 19th, resulting in deserved nominations for Art & Costume design, making it a far more vivid experience. That’s a great help since he has also chosen to present the entirety of the play’s nearly four hour run time. In a cast that includes Derek Jacobi, Julie Christie, Robin Williams, Gerard Depardieu and Judi Dench among so many others it’s difficult to choose any MVP’s aside from Branagh but Kate Winslet as Ophelia and Rufus Sewell as Fortinbras, the crown prince of Norway are memorable. It’s a challenging view but worthwhile.

Joe MacBeth (1955)-Updating the Scottish play to the criminal underworld of 1930’s America this violent take on the tale (it begins with the title character blowing away a crime boss then going directly to his own wedding) is an inventive twist on the material. Excellent work by Paul Douglas and Ruth Roman as the murderous mobster and his rapacious Lady M hold you rapt as the homicidal pair climb the ladder of success over an ever increasing pile of bodies.

Kiss Me Kate (1953)-The Taming of the Shrew moved into the world of the modern theatre and musicalized by Cole Porter. Famous stage star Fred Graham (Howard Keel) tries to dissuade his equally famous ex-wife Lilli Vanessi (Kathryn Grayson) to postpone her upcoming marriage so she can co-star with him in a musical updating of The Taming of the Shrew. She agrees reluctantly since their relationship post-divorce is as combative as their married life so it’s not smooth going. Add in several flies in the ointment including second lead Lois Lane(!) (Ann Miller) and some mobsters who are mistakenly putting the squeeze on Frank for a debt Lois’s boyfriend owes and it’s a wacky time backstage. Onstage though there are some amazing dance numbers performed by four of the best dancers of the 50’s (Miller, Carol Haney, Bob Fosse and Bobby Van) and great music sung by all including “It’s Too Darn Hot!” and “From This Moment On”. One of the great musicals, originally shown in 3-D.

I wholeheartedly agree the '95 version of Othello is a very underrated film. Fishburne is excellent as the titular Moor. I also saw the '68 version of Romeo and Juliet. That one is also an excellent adaptation. I need badly to see Throne of Lone.

@Daniel-I love Throne of Blood which is probably one of my top-five Kurosawa films. I prefer Luhrmann's take on Romeo & Juliet not just for its deconstruction but also its soundtrack.

@Birgit-Throne of Blood isn't just essential Kurosawa but it's probably an adaptation that even Shakespeare would love.

@Paskalis-Kurosawa's take on Shakespeare whether it's The Bad Sleep Well for Hamlet or Ran which is based on King Lear pretty much show how Shakespeare can work when it can be set in another world and in another language.

@Brittani-O is OK but the 1995 film version is essential.

@Myrela-Ran is another favorite of mine as every film buff has to see at least one Kurosawa film.

@joel65913-Warm Bodies is actually a lot better than people thought it would be as it's not just comical but it's also a fresh take on Romeo & Juliet. The 1996 version of Hamlet is something I really want to see as I heard Branagh shot the film partially in 65mm film which is a big reason into why I want to see it.

@Wendell-Fishburne we all know is a great actor as he was the right choice to play Othello. I'm sure there's plenty that can play that role as it's not an easy character to play as I do think Fishburne so far remains the definitive version of that character.

@vinnieh-Indeed he does. I'm sure he loves that there's so many interpretations of his work as if he was a filmmaker. I'm sure he would find ways to deconstruct his own work.

There are so many routes you can take with Shakespeare's work.

I really must see this Zeffirelli version, as its been popular today. Not seen Throne of Blood or Othello but after studying it at school, its not my favourite.

@Katie Hogan-Zeferelli's version of Romeo & Juliet is essential while Throne of Blood is actually essential in how to deconstruct Shakespeare.