For the first week of July 2017 as part of the Thursday Movie Picks series hosted by Wanderer of Wandering Through the Shelves. It is summer time and it’s usually the time for summer vacations which has been recently reported that 40% of Americans aren’t doing largely because they can’t afford it. Thanks a lot stupid American government. Here are three picks I made as I choose to avoid a few of the obvious for this list:

1. Pauline at the Beach 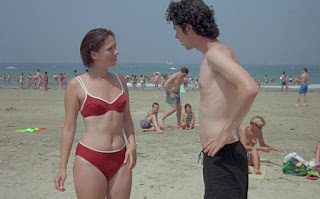 From Eric Rohmer is a film I haven’t seen in a very long time as it is probably one of the first art-house foreign films that I had ever seen. It’s about a teenage girl who goes to the north coast of France to spend the summer with an older cousin as she discovers all of the tropes of first love and the craziness of adulthood. It is quite engaging as it feature some beautiful locations as well as be a film where women deal with the hang-ups of love as it’s a witty comedy that needs to be seen more by a wide audience. 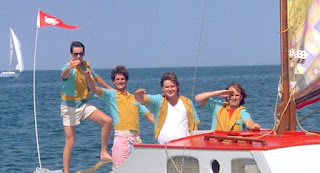 A very underrated 80s comedy which features John Cusack, Demi Moore, Joel Murray, Curtis Armstrong, and Bobcat Goldthwait as a group of misfits who band together to deal with a group of asshole preppies and rich fucks who try to ruin their vacation. It’s got some nice animated sequences that involve Cusack wanting to be an animator and Moore wanting to be a singer. It’s also got this great climax in which the misfits go against the preppies in a boat race as its prologue include an idea of what happens if you hit Bobcat Goldthwait’s brother. Plus, there’s a great ending involving a rocket launcher. 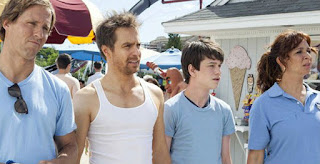 From the duo of Nat Faxon and Jim Rash is a very touching coming-of-age film about a teenage kid who spends his summer vacation with his mother and her new boyfriend who is a total fucking asshole. Yet, he would find solace in an offbeat yet sympathetic water park owner who gives him not just a job but also the time of his life. It’s a film that is based on Faxon and Rash’s own life but also has a lot of things that play into this young kid finally coming into his own as well as deal with his own growing pains with his family and wondering why his mother is going out with someone who rates him a three out of ten as it features a great cast in Steve Carell, Toni Collette, Sam Rockwell, Maya Rudolph, Annasophia Robb, Allison Janney, Rob Corddry, Amanda Peet, and Liam James as the young kid in the film.

Sadly, I haven't seen any of these. I keep meaning to watch The Way, Way Back, but every time I think I'm going to I change my mind at the last second and watch something else.

It's been ssssoooo long since I saw One Crazy Summer I only have the vaguest memory of it but I remember thinking it was okay when I did watch it. Demi was so young in it.

I wasn't overly thrilled with The Way, Way Back but the cast made it better than it would have been. A nice concept I just don't think the execution was too great.

Pauline at the Beach has been on my list for years but I've never gotten around to it but will someday.

I went with two films I watched countless times when I was a kid, and still do on occasion, and a more recent comedy that's a little rocky but ultimately charming with beautiful location filming.

My Life in Ruins (2009)-Stranded in Athens teacher Georgia (Nia Vardalos) takes a job as a tour guide which she hates and isn’t very good at hiding it. Every group seems just like the last-a goofy couple, a frat boy, a sullen teen, a feuding couple, divorcées looking for a mate, and the funny guy who really isn’t. Mostly tourists on summer vacation and mostly Americans they’re historied out by the time she gets them and most just want to shop. Her latest group looks like it will be business as usual but as unexpected events transpire what starts out so badly slowly turns into a life changing pleasure. Genial romantic comedy filled with stunning views of Greece.

Beach Blanket Bingo (1965)-It’s summer vacation so Frankie & Annette along with Bonehead and the whole gang hit the beach and battle Eric Von Zipper and his gearheads to save the kidnapped singing star Sugar Kane (Linda Evans) with the help of mermaid Lorelei (hey it’s a beach party movie go with it). The ultimate AIP summer flick where all the typical elements gelled into the best of the series with the catchiest theme song.

Gidget (1959)-17 year old Frances Lawrence (Sandra Dee) goes to the beach one day on her summer vacation with her girlfriends. While they are sunning she decides to take a swim and promptly gets bumped on the head by surfboarder Moondoggie (James Darren). Intrigued by both the sport and the boy she buys a second hand board with her birthday money and is soon hitting the waves with Moondoggie and his gang of buddies lead by slightly older beach bum The Kahuna (Cliff Robertson) who dub her Gidget (a contraction of Girl and Midget). From then on it’s pretty much sun, fun and hitting the curl until the film takes a darkish turn when Kahuna, who’s been traveling around the world chasing the perfect wave, faces an existential life crisis but that doesn’t stop Gidget and Moondoggie from falling in love. Enormously successful film with a very appealing Sandra Dee followed by several sequels and a short lived TV show that introduced Sally Field to the world.

I haven't seen any of these but I really want to see the last one as Dan picked this one also and it looks hilarious and uplifting. I can't believe there is a movie starring John Cusack, Demi Moore with Bobcat Golthwait

I haven't seen Pauline at the Beach but it sounds very intriguing. Need to seek that one out ASAP.

One Crazy Summer looks like my sort of movie.

The Way Way Back is pretty perfect for this week. Not seen the other two but I think One Crazy Summer looks to be a chill out and have a cold drink kinda movie.

The Way, Way Back is the only one I've seen. Unfortunately I don't remember much of it now, but I did like I when I saw it.

@Wendell-See The Way, Way Back as it's just a charming and innocent film.

@Birgit-It's a pretty funny movie but also kind of sweet.

@Alex Withrow-It's been a very long time since I've seen it as I saw it as a teen as I had a thing for the blonde who was also in that movie The Boss' Wife as the hot wife of Christopher Plummer.

@vinnieh-It's quite raunchy and silly at times but also has some heart.

@Katie Hogan-One Crazy Summer might be a little silly but it's fun.

@Wanderer-I saw the film as a last-minute replacement for something else as it ended up being a good decision as I fell in love with it.