For the first week of August 2017 as part of the Thursday Movie Picks series hosted by Wander of Wandering Through the Shelves. We go into the world of crime families where it’s better to have family in the organization rather than strangers. Here are my picks: 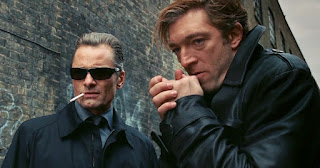 From David Cronenberg and screenwriter Steven Knight comes one of the finest crime films of the last decade as it is set in London but revolves around a Russian crime family and a baby in the care of a midwife. Viggo Mortsensen’s performance as an enforcer for this crime family is definitely one of his best as it’s a role that requires him to be tough but also be the one person that Naomi Watts’ midwife character can trust as it showcases a family undoing itself. 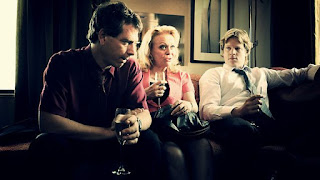 David Michod’s fictionalized story about the Pettingill crime family from Australia explores a young man who finds himself being part of a dangerous family of criminals with his grandmother being its head. It’s a very dark yet entrancing film that showcases what a family does and how this young man who is essentially an outsider is caught in the middle as it features Jacki Weaver in an incredible performance as Janine “Smurf” Cody who is the crime family’s head. 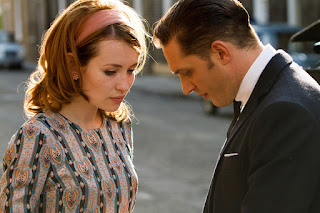 A film about the real-life exploit of the twin Kray brothers in Ronnie and Reggie as they’re both played by Tom Hardy. Written for the screen and directed by Brian Helgeland, it’s a film that explores these twin brothers trying to rule London during the 1950s and 1960s as it is mainly told by Emily Browning’s character as the wife of Reggie Kray. Yet, it is really a film about brothers where one is torn between his devotion to his wife and his loyalty to his brother while the other is someone that is completely unhinged as he is someone that wants it all.

Really surprised how popular those first two picks are today. They were good films but I hadn't realized they'd made such an impact.

Legend is all Tom Hardy. He's a very magnetic performer and the dual role enabled him to show different things in the two men.

I reached back a bit further for mine:

Bonnie & Clyde (1967)-Seminal, trend-setting drama of the criminal pair who terrorized the heartland during the depression with Clyde’s brother and his wife. Stylish and ultra-violent this made Warren Beatty a major player in Hollywood, a star of Faye Dunaway, moved Gene Hackman considerably up the ladder as Buck Barrow and won Estelle Parsons a Best Supporting Actress Oscar as Buck’s screeching wife Blanche.

White Heat (1949)-James Cagney stars as Cody Jarrett a psychotic gangster with a mother fixation in one of the best crime noirs of the 40’s. An utterly ruthless man who thinks nothing of gunning down an unarmed man he is prone to violent headaches, an incipient signal of total madness, that can only be soothed by sitting on Ma Jarrett’s (a chilling Margaret Wycherly) knee as she strokes his head. Sent to prison after being caught during their last job Cody is a targeted man both by the undercover agent (Edmund O’Brien) who has been planted to befriend him and one of his henchmen (Steven Cochran) and Cody’s grasping wife Verna (Virginia Mayo) who want to take over the gang. Breaking out he sets out to reassert his dominance during the robbery of a chemical plant payroll but things spiral out of control leading to a fiery climax. Classic Cagney.

Ma Barker’s Killer Brood (1960)-Exploitation version of the Barker clan headed by the ruthlessly murderous Ma (Lurene Tuttle). Revisionist in the extreme showing the gang working with John Dillinger, Pretty Boy Floyd and Baby Face Nelson though there’s no proof that they knew any of them in reality. Still it’s a trim little crime caper with Lurene Tuttle, who usually played sweet best friends and sensible mothers, having a grand old time tearing into the merciless and deranged mastermind. She rules her boys with an iron fist mocking any sign of weakness and not sparing the corporeal punishment to all if she thinks it necessary.

Animal Kingdom is popular today and am unsure I want to see it as it sounds to dark and ...sick for my taste. Love Eastern Promises due to the great acting especially sweet yummy Viggo. I have not seen Legend but it does sound good and I do really like Tom Hardy

Everybody is all about some Animal Kingdom and Eastern Promises today. Guess I should watch them. I will be seeing Legend soon.

Great picks. I wish Cronenberg would give us another truly fantastic crime drama like Eastern Promises. I know a sequel was in the works. Really hope that it's made.

Great choices, Gotta love some of the crime families the cinema has brought us. My choice would be The Godfather though. Can't beat the Corleone clan.

@joel65913-Bonnie & Clyde is a classic that I hope to revisit very soon.

@Birgit-It is dark but still very compelling. Of course you have to love Eastern Promises. You saw Viggo's penis. That's a win. Legend is a must-see if you're into the brilliance that is Tom Hardy.

@Alex-I would love for Cronenberg to do another crime film but considering some things that happened in his personal life. We might have to wait.

@vinnieh-True, I wanted to pick something other than The Godfather. You can't beat that or its sequel.