For the third week of September 2017 as part of the Thursday Movie Picks series hosted by Wanderer of Wandering Through the Shelves. We venture into the world of comedies as it’s a genre that is aimed at one thing. Making audiences laugh. Unfortunately, not everyone seems to follow that rule as some either try too hard while some just cater to the lowest common denominator. Here are my three picks: 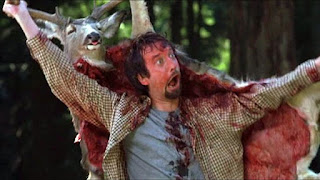 For a while in the late 90s/early 2000s, there was a period where Tom Green was funny as it included The Bum Song and his small role in Road Trip. Then came this film that he starred, wrote, and directed that well… made people wonder was this guy funny to begin with? It’s about this wannabe animator who is trying to impress his dad by doing stupid things and then accuses him of molesting his younger brother. From then on, it goes from one awful gag to moments that are just extremely awful in terms of taste. For anyone who thought Salo, or the 120 Days of Sodom was fucked up for the extremes it took. Wrong, Tom Green outdoes Pasolini but in the name of stupidity. 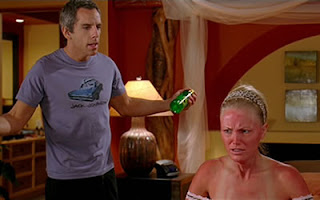 The Farrelly Brothers used to be the funniest guys making movies but ever since 2001’s Shallow Hal, they went on to make movies ranging from mediocre to just downright awful as their remake of Elaine May’s film is one of the worst films ever made. It’s just lazy in terms of trying to make people laugh with the same gags whether it’s Malin Akerman being annoying, Danny McBride going nuts, Carlos Mencia doing the same joke, and Ben Stiller being the victim of these jokes. It’s a film that is just downright stupid and showcases the Farrelly Brothers at their worst as they did manage to get someone named Shawn Michaels to be in the film. Unfortunately, it’s not the man who is known as the Showstopper, the Icon, the Headliner, the Main Event, and Mr. WrestleMania himself.

For anyone that wondered why there hasn’t been a lot of spoof films lately, that is easy because we can thank two assholes for that in Jason Friedberg and Aaron Seltzer. Their spoof/parody movies don’t just cater to the lowest common denominator in trying to get a cheap laugh but it’s done with really no effort despite the money that is given to them. In this film that is a spoof of 300, it’s just one lame gag after another and then repeat. Oh, let’s have Carmen Electra pose provocatively for this scene. Let’s include some people playing famous people in this scene or let’s have a dance number in this scene. Porno filmmakers are more talented than these morons as they have to make their films with a limited budget and a script that lacks subtext but at least you respect them for trying to entertain and titillate their audience. Friedberg and Seltzer do none of those things as they don’t deserve to be called filmmakers or bad filmmakers as bad filmmakers at least do whatever they can to create something awful with some effort. Friedberg and Seltzer are much worse as they’re just scumbags.

Yes and yes to your second two which were just terrible, terrible movies and I never even contemplated watching that Tom Green mess. The title along is a turnoff and then to have the awesomely untalented Green as the star was all that was necessary to tell me it would be dreadful.

This week was a total snap since bad comedies outnumber good ones. These were three that were some of the worst in my opinion.

All About Steve (2009)-Sandra Bullock, usually so charming and quirky makes a complete fool of herself in this alleged comedy about nothing so much as creepy stalkerism. A total misfire this is surely her worst film.

My Boss’s Daughter (2003)-Young dude (Ashton Kutcher) agrees to housesit for his boss in the hopes of scoring points with both the boss and his daughter. But almost as soon as he takes residence a litany of guests and lowlifes including his boss’s son tramp through the place doing things that any rational person would never do in someone else’s home. SO very stupid and extremely vile. Unfunny in the extreme.

Town & Country (2001)-Warren Beatty directed mishmash that sat on the shelf for years and deservedly sank like a stone on release. Just a terrible mess of a movie that has only the most tenacious plot line running through it. Stories are picked up and dropped willy nilly adding up to pretty much nothing. This notorious flop reportedly cost many, many millions of dollars but they certainly don't show on screen. Diane Keaton and Goldie Hawn try to do something with their parts although they are ill-served by the script. Everybody else goes down with the ship, poor Charlton Heston and Marian Seldes are made ridiculous in yet another totally needless subplot. A perfect example of a director and studio lucky enough to gather a great group of talent and then squander them totally.

I haven't seen any of these and I have no interest whatsoever in doing so.

I avoided the first one like the plague because of the title and that it stars Tom Green who is annoying and very unfunny. I have never seen the other 2 either and probably won't. I love those parodies like Airplane and Naked Gun but the last flick looked unfunny...and it seems I'm right:)

Ugh I had completely forgot about The Bum Song and now I'm remembering it.

I saw The Heartbreak Kid in theaters and that was ridiculously bad. If I remember correctly, it was really long too which made it worse.

I never saw Meet The Spartans, but I agree with you on those two dudes ruining parodies. The only ones I straight up thought were hilarious were the first two Scary Movies and Not Another Teen Movie. The rest range from "A few laughs" to "awful"

I purposely avoided all of these. Feel like I made a good choice.

@joel65913-Actually, Peter Chesholm directed Town & Country. Yes, it was a shit film that was made worse by the fact that the production was overblown and Warren Beatty acted like a diva on set. He was insufferable. Those other 2 films sucked as well. Ashton Kutcher is only good as Kelso from That 70s Show. Everything else just shows that he's a no-class moron who should be dead right now.

Sonia Cerca-Don't bother seeing them. They're all no good. It's good to know that you at least have some taste and dignity.

@Birgit-Avoid anything by Friedberg/Seltzer. They are the reasons the parody film genre is dead. I saw Meet the Spartans on TV during an unfortunate period in which it was a few days after my youngest sister's funeral and I was very numb. Then I saw this piece of shit and realized that there are things worse than death and this piece of shit is an example of that.

@Birgit-Parody films have been on decline and I blame those 2 assclowns and Marlon Wayans. I'm sorry you had to see The Heartbreak Kid in the theaters. It did feel very long which is not good for any comedy.