For the tenth week of 2018 as part of Wandering Through the Shelves' Thursday Movie Picks series hosted by Wanderer. We focus on the subject of films where it set in the span of an entire day as sometimes a film can just focus on one day where so much can happen. Here are my three picks: 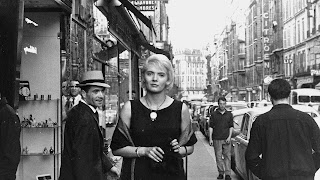 From the legendary Agnes Varda comes a film that is about the specter of death told mainly in the span of nearly two hours as a woman deals with the possibility that she will die. During the course of the film, the titular character tries to escape from reality in this two-hour time span as she would hear things that are happening around her. It’s an entrancing film that is told with an air of restraint by Varda who is truly in her element as it’s a film that anyone interested in the French New Wave needs to see.

From Martin Scorsese comes a film about a date night that goes absolutely wrong where a man endures all sorts of misadventures that almost becomes never-ending. The film is often considered one of Scorsese’s overlooked films yet it is also one of his most exciting as it play into Griffin Dunne dealing with the fact that he’s kind of out of his element. He lost his money, his date becomes a disaster, and he would meet all sorts of people. It’s a wild film but certainly showcases a lot of the visual strengths of Scorsese as well as setting it in his home city at a time where it was crazy but fun.

3. Alexander and the Terrible, Horrible, No Good, Very Bad Day 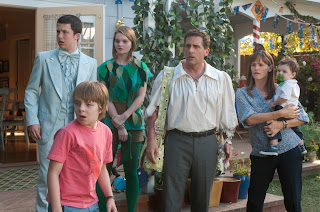 Miguel Arteta’s adaptation of Judith Viorst’s children’s novel is really one of the more underrated family films of the past few years as it’s a much smarter film than everyone would expect from family movies. Starring Steve Carell and Jennifer Garner as the parents, the film revolves around a kid who has endured a lot of bad days until a simple birthday wish on the morning of his birthday makes everything go wrong for himself, his parents, and his siblings. Most family films would revolve around silly gags or toilet humor but this film does neither and is thankful for it while Arteta isn’t afraid to inject bits of realism to give audiences something they can relate to.

Well I haven't seen your last but YA to After Hours which is just such a quirky delight in its odd weirdness. I'm variable on Scorsese but this is one film of his that I truly enjoyed.

We match!! I don't think Cleo from 5 to 7 is a masterpiece but it's an intriguing film in the Nouvelle Vague movement.

I hadn't realized how many films were set in a single day until I started looking for picks for the week. It made it easier than I expected.

High Noon (1952)-Just married to his Quaker bride Amy (Grace Kelly) that morning Sherriff Will Kane (Gary Cooper who won the Oscar for this performance) has quit his post and plans a quiet farm life away from the town. Word comes that a killer he had imprisoned 5 years ago has been paroled and is arriving with his gang on the noon train intent on a showdown. Ignoring advice from all to flee, including successful businesswoman Helen Ramirez (an outstanding Katy Jurado) his former mistress, Will tries to gather help to stand up to the outlaws but finds all the townsfolk turning their backs on him and he must face them alone at High Noon. A thinly veiled allegory for the blacklist which affected many involved with the film.

Cleo from 5 to 7 (1962)-A young singer, Cleo (Corinne Marchand) must wait two hours for the results of a biopsy and drifts around Paris seeing friends and considering the exigencies of life. Part of the Nouvelle Vague movement this isn’t for everyone but it has its charms.

Ferris Bueller’s Day Off (1986)-“Life moves pretty fast. If you don't stop and look around once in a while, you could miss it.” That’s the credo of uber popular high school student Ferris Bueller (Matthew Broderick) who decides that today is too perfect to be wasted in school. After convincing his parents he’s sick he gathers up his best friend Cameron (Alan Ruck) and girlfriend Sloane (Mia Sara) for a day of adventure in the city while his suspicious principal Mr. Rooney (Jeffrey Jones) tries to catch him red-handed. Broderick is madly charismatic in the lead and surrounded by a fantastic cast including Edie McClurg who is hysterical as Rooney’s secretary.

It's not the first time I hear of Cleo from 5 to 7 this week but I didn't know it was Angès Varda's. I'll watch it soon.

I've only seen Cleo from 5 to 7 which I adored.

Something tells me Cleo from 5 to 7 is a film I really must watch.

I've only seen your last pick. Honestly, I wasn't a big fan but it wasn't totally terrible. I really need to see Cleo.

I haven’t seen any of these but they sound quite good. I am all for New Wave, I do like Scorsese and I really like Steve Carrell so...hopefully one day, I will:)

@joel65913-I love High Noon and Ferris Bueller as I was hoping to do something different. I could've done a theme within a theme since a lot of Richard Linklater's early films are all set in the span of the day but I thought that was too easy.

@Sonia Cerca-See it. Everyone has to see at least one Agnes Varda film.

@vinnieh-See it! Agnes Varda is a must.

@Wendell-Cleo from 5 to 7 is one of those films of the French New Wave that is essential.

@Birgit-I hope you see those films. With Alexander, it's a family film but it never takes itself seriously which is a good thing.