For the ninth week of 2018 as part of Wandering Through the Shelves' Thursday Movie Picks series hosted by Wanderer. The subject is on the Oscars as it’s kind of a big deal in the world of American cinema as it’s about prestige and to say that a film means a lot. Even if the film is total shit. Here are three Oscar nominees for Best Picture that should’ve won the Oscar instead of the film that did win:

1. E.T.: the Extraterrestrial over Gandhi 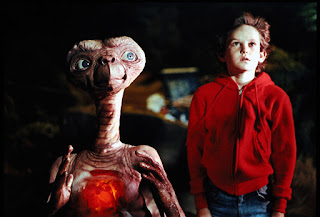 Gandhi is an excellent film but it’s got too many elements that makes the film very conventional in what is expected in an epic bio-pic from Richard Attenborough. What Steven Spielberg did with E.T. is take something that feels very personal to him as it play into his themes of family and children dealing with divorce and such. Yet, at the heart of the film is this relationship between this young boy and an alien which his siblings would befriend and would want to protect as it’s just a magical film that still moves me since I saw it as a kid on TV. 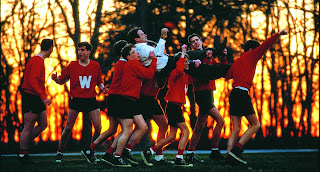 Driving Miss Daisy sucked. It’s an overrated piece-of-shit movie that is definition of Oscar-bait. It’s got sappy moments with an unlikeable protagonist with her driver being more of a token figure than a real character. Other nominees such as My Left Foot, Born on the 4th of July, and Field of Dreams are films should’ve won but there were so many films from 1989 that should’ve been nominated. Dead Poets Society maybe guilty of some of the Oscar-bait tropes in terms of visuals and inspiring moments but it at least had characters that are compelling and with some development but also some dramatic weight that is earned as it’s one of Peter Weir’s great films and it includes an iconic performance from the late, great Robin Williams.

3. Goodfellas over Dances with Wolves 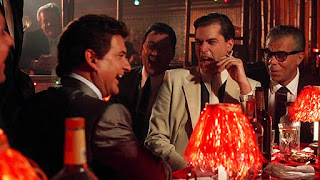 Dances with Wolves sucked ass. It’s overlong, it’s boring, and never really provides anything compelling as well as featuring an absolutely misleading title since it’s more about a cavalry officer who would be given that name for playing with wolves but never dances with them. There were better Best Picture nominees in Awakenings and Reversal of Fortune as they still have something to offer while The Godfather Part III shouldn’t have been nominated despite some nice moments. Martin Scorsese’s gangster drama is what should’ve won as it is just endlessly engaging and filled with unique visuals that many young filmmakers would’ve love to come up with. It also has some amazing performances including a deserving Oscar for Joe Pesci and people still quote that film as well as relive moments that are just a joy to watch.

I agree that Gandhi shouldn’t have won. It’s overlong, preachy and standard biopic but my vote wouldn’t have gone to E.T. though that’s a fine film. I’d have rather seen Missing get the prize and if not that than Tootsie with E.T. in third.

Driving Miss Daisy is the weakest of the films in its year, an open field my choice would have been Glory, but of those that were in contention I would have gone with Field of Dreams rather than Dead Poet’s which I thought was only okay though I’d go with any of the other nominees over Miss Daisy.

Honestly I’m not that crazy about any of the 1990 slate of nominees, I didn’t mind Dances with Wolves but once was enough and the same goes for Goodfellas, again my choice-Edward Scissorhands-would have come from outside the list. But then for me more than most it seems Scorsese is a variable director and I either really like his films or am completely not a fan.

Many, many choices this week since it’s a rare thing for the Academy to award the best film of its year. I could have done a dozen but I got it down to four.

I Am a Fugitive from a Chain Gang (1932)-Just after the end of the First World War vet James Allen (Paul Muni) decides to ramble around the country working odd jobs before settling down. Striking up a casual acquaintance with another drifter he is implicated in a robbery and despite his innocence sentenced to several years on a Southern chain gang. Faced with intolerable conditions he manages to escape and over time build a new and successful life but fate intervenes. Powerful indictment of prison conditions and man’s inhumanity to man with brilliant work by Muni and a haunting ending. There is no way in hell this should have lost to the ponderous Cavalcade.

A Tale of Two Cities (1936)-Solid extremely well-acted version of the Dickens story of the French Revolution and some caught in its web. Handsomely mounted with Ronald Colman a strong Sydney Carton, Blanche Yurka a terrifyingly unhinged Madame De Farge and a lovely small performance by Isabel Jewell as a doomed seamstress. Again vastly superior to the corny and lumbering winner of its year-The Great Ziegfeld.

Grand Illusion (1938)-Eloquent treatise on the futility and senseless of war defies easy synopsis without sounding trite but the basic story is of two French fliers shot down during WWII and their relationship with their cultured German captor. Gripping and profound.

The Adventures of Robin Hood (1938)-Spirited, lively, colorful and flat out fun version of the legend pulsates with vivid colors and a sense of joy. Masterfully lead by director Michael Curtiz with performances full of joie de vivre from Claude Rains, Basil Rathbone, the Warner’s stock company and Olivia de Havilland but driving the entire enterprise is the perfectly cast Errol Flynn who is obviously having a great time. You will too. Either this or Grand Illusion should have emerged triumphant over the ultimate winner, the scattered and foolish You Can’t Take It With You.

Double Indemnity (1944)-Rapacious Phyllis Dietrichson (Barbara Stanwyck) ensnares hapless insurance man Walter Neff (Fred MacMurray) into killing her husband in such a way that they can collect the double indemnity policy on him. As Neff’s boss and mentor Barton Krebs (Edward G. Robinson) begins to suspect foul play things spin out of control and the depths of Phyllis’s maliciousness rise to the surface. Seminal noir that is expertly written and directed by Billy Wilder and memorably performed by Stanwyck and MacMurray in huge breaks from their established personas at the time. The winner this year was the genial but flyaway Going My Way, a pleasurable watch but nothing compared to this trendsetting masterwork.

Can't argue with these! Especially anything over Dances With Wolves.

I haven't seen Gandhi but ET did deserve to win and so did Dead Poets Society, especially over Driving Miss Daisy. Unlike you, I liked it but Dead Poets Society is on a whole different level. As for Goodfellas winning over Dances with Wolves, I don't know, they are both great.

I agree about Gandhi, ET should've won. I think innovation should've be valued more than it is, it's a shame.

The only reason I didn't go with Goodfellas or Dead Poets Society is because I haven't seen the BP winners for those years, but both were certainly excellent movies and personal favourites.

ET holds such a special place in my heart.

While I have not seen Gandhi and Driving Miss Daisy, I have seen E.T. and Dead Poet's Society. Both are favourites of mine so I wouldn't have minded if they had won.

I still remember my mom laughing while watching ET..not at the funny moments but when he is trying to be revived. She thought it was silly since they would not know the aliens anatomy too well and thought it was a major goof. Honestly I thought my mo. Was goi g to be beat up by a woman who was not happy at my mom laughing. I would have gone with The Verdict. Driving Miss Daisy..meh and agree with Joel, Glory should have won. I hate Goodfellas so I’m glad it didn’t win and I don’t mind Dances With Wolves but it is a weak win and think Awakenings is better and I still have to see Reversal of Fortune which I think I would like for sure.

@joel65913-I totally agree with you on Missing which is a great film though I personally feel that E.T. is the better film and yes, Glory should've been nominated for Best Picture and should've won instead of some bullshit Oscar-bait movie about some old white bitch trying to make an old brother "do this, do that". Fuck that white heiffer!

@Brittani-Glad to know someone hates Dances with Wolves as it's totally misleading title.

@Sonia-Glad to know someone prefers E.T. over Gandhi

@vinnieh-More love for E.T.. Fuck you Gandhi! I liked Gandhi more when he was in that Celebrity Deathmatch against Genghis Khan and went ape-shit on him to the point that Khan had no idea what to do.

@Wanderer-And they should've won instead of the real winners.

@Birgit-I've seen bits of The Verdict and yeah, that was a better film. Awakenings would've been a better choice because Dances with Wolves fucking sucked. I love westerns but that film fucking sucked ass. And I agree with you on Glory and fuck that Academy for not nominating that film or Do the Right Thing for Best Picture.