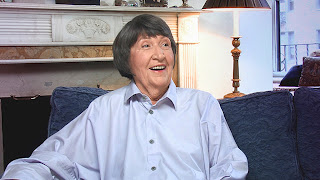 Directed by Tom Donahue, Casting By is the story about legendary casting director Marion Dougherty and her impact into how she shaped the film industry with her casting ideas from the 1960s to the 1980s. Notably as she would help set a wave of many casting directors to come as filmmakers and actors talk about the importance of Dougherty’s contribution to the film industry as well as why there’s a need for an Oscar category for best casting. The result is a fascinating documentary from Tom Donahue.

The documentary is about the unsung heroes in film which are the casting directors where their impact happened during the late 1950s and early 1960s when the old Hollywood system began to die out and actors who were in contract with the studios were becoming obsolete. One of the individuals who would make some great discoveries for the films that were to come in the 1960s through the 1980s was Marion Dougherty who worked in New York City as she discovered Jon Voight, Gene Hackman, Al Pacino, Robert de Niro, and many others. Her discovery of those actors would be crucial as she would later find a Hollywood counterpart in Lyn Stalmaster who would also make discoveries like John Travolta and Jeff Bridges as the former was originally supposed to be in Hal Ashby’s 1973 film The Last Detail but then Randy Quaid came in and got the part.

Dougherty’s brilliance in casting led to a great collaboration with George Roy Hill that not only got her to cast people like Robert Redford, Glenn Close, and John Lithgow but also help various individuals who would also be key players in the casting process. Among these individuals who would be Dougherty’s associates like Wally Nicita and Juliet Taylor as they would bring key importance to many films as Taylor would become one of Woody Allen’s most important collaborators. When Dougherty moved to Hollywood in the mid-70s to be the head of casting at Paramount for a few years until joining Warner Brothers. Her decision to cast Danny Glover as Murtaugh in the first Lethal Weapon film was a surprise as Richard Donner owes a great debt of gratitude towards her.

Tom Donahue’s direction showcases the importance of casting director and why Dougherty’s influence should be noted as the Academy Awards still refuse to put a casting category in the list. While there were several actors and filmmakers who tried to plea to the Academy to give Dougherty a special Oscar, they refused. Even as filmmaker Taylor Hackford explains his side about why casting directors shouldn’t have director in their title while filmmakers like Martin Scorsese and Clint Eastwood disagree with Hackford’s views as they also give credit to their casting directors.

Through the cinematography of Peter Bolte and Jill Schweitzer’s editing, the interviews are presented quite simply with Dougherty being the big star as she shows pictures and such including a scene where she watches Slaughterhouse Five which was the first film where she got a big credit for her work. With the sound editing of Steve Bucino and Leigh Roberts’ low-key yet playful score, the film shows the evolution of casting and how it kind of lost importance by the late 90s as studios were starting to be run by corporations who are more concerned with faces and money rather than who is right for a part.

Casting By is a marvelous documentary from Tom Donahue about the world of casting directors and the influence that the late Marion Dougherty had provided. It’s a film that showcases not just their importance to the world of films but also the discoveries they made and the actors who are grateful towards them as well as the filmmakers. In the end, Casting By is a wonderful documentary from Tom Donahue.

Oh, I remember posting about this a while back but haven't got around to seeing it! As I've always dreamed of being a casting director, I definitely would check this out. I really think they're one of cinema's unsung heroes as some casting can make or break a film. Not to mention their significant role in the actors' career when they're cast in certain films.

It was fun to watch just to see how some of these great actors got discovered and the stories they tell.

Even the ones from Jeff Bridges, Jon Voight, and Danny Glover. In fact, Danny Glover sort of based his performance as Murtagh on Jack Benny as he was a huge fan of Jack Benny.