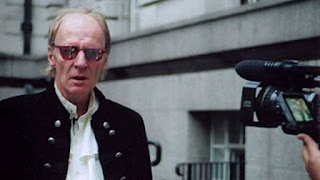 Directed by Greg Whiteley, New York Doll is a documentary about the life of New York Dolls bassist Arthur “Killer” Kane who went from being part of one of the most influential proto-punk bands and then find salvation as a member of the Church of Jesus Christ of Latter-day Saints. The film plays into a man who had hit rock bottom after the dissolution of the band as his salvation and being part of a spiritual service would give him the chance to play with the Dolls one last time. Most notably as it is an interesting and heartfelt exploration into the world of faith and spirituality. The result is a mesmerizing documentary from Greg Whiteley.

In the early 1970s in New York City, one of the bands who would help plant the seeds for punk rock was a quintet known as the New York Dolls. Armed with street-wise approach to glam and a simplified yet raunchy approach to rock n’ roll, the band were only an underground sensation in the U.S. but in Britain, they were bigger than that despite only releasing 2 albums from 1973 to 1974 before splitting up in 1975. The film is about the band’s bass player Arthur “Killer” Kane who was part of that group who had helped shape the sound of what later become punk rock in the 1970s and beyond. Yet, the lack of success the band had would lead Kane to try and start other projects that didn’t go anywhere as he succumbed to drugs and alcohol until a near-fatal suicide attempt would have him go into a different direction in his life as he became part of the Church of Jesus Christ of Latter-day Saints.

The film follows Kane’s life as part of that organization where he volunteered as a librarian and be part of something that makes him fulfilled despite having little money. During the course of the film, the history of the Dolls as well as their importance to the world of popular music is presented where the people who are interviewed such as Live Aid organizer Bob Geldolf, punk historian Don Letts, Chrissie Hynde of the Pretenders, and British rock vocalist Morrissey reveal the importance of the band. The film also shows exactly the events that led to the band’s break-up as well as Kane’s own troubled life where would spend much of the 80s struggling to find work as he would get work as an extra in a few films such as Innerspace. Yet, the moment that led to his suicide when he saw his former bandmate in Dolls vocalist David Johanssen appearing in Scrooged as Johanssen had become a big success as an actor and as a solo artist under the pseudonym Buster Poindexter.

Director Greg Whiteley would follow Kane around in his daily chores but also realize that there’s a part of Kane that is amiss as it relates to the Dolls where Kane hopes to play with the Dolls again despite the deaths of drummer Jerry Nolan in 1992 and guitarist Johnny Thunders the year before. Then in 2004, Kane’s prayers were answered when Morrissey was asked to curate the Meltdown Festival where he wanted the surviving members of the New York Dolls to reunite to play a few shows in Britain. With Johanssen and guitarist Sylvain Sylvain agree to take part, Kane would also join in as the church would help him get money to retrieve his old bass guitars as it would also eventually lead to a reconciliation with Kane and Johanssen as the two had a bitter falling out in the past and were both looking to make peace. With the aid a few musicians, the Dolls would finally return to Britain to the excitement of music fans where they would deliver and more.

With the aid of cinematographer Roderick A. Santiano, co-editor Seth Gordon, and sound designer Jason Altshuler, Greg Whiteley would create something that is intimate but also would feature archival footage and photos of Kane’s time with the Dolls and his attempts to try to start other projects before turning to faith for help. Aside from the musicians and those in the industry like photographer Bob Gruen who are interviewed, the most interesting people are those who are part of the Latter-day Saints organization including two old ladies who are surprised about Kane’s past as they want to be groupies for Kane. The film also portrays the Latter-day Saints folk as good people who aren’t just devoted to God but also are willing to help others as it gives Kane a reason to feel alive as he would lead the band into prayer before their very first performance in Britain in many years.

The film would also feature some visual works by Seth Gordon that plays into the history of rock n’ roll and how the New York Dolls’ legacy would influence many bands ranging from punk, 80s glam metal, and the alternative music of the 1980s and 1990s. Even as the film climax with the band’s performance at the Royal Albert Hall where they managed to be the band of the night though it with everyone reflecting on Kane and how he managed to use his faith to get the Dolls to reunite and then leave the world in a peaceful manner.

New York Doll is a remarkable film from Greg Whiteley. Not only is it a very compelling film about one of the finest bass players in the world of proto-punk but also a touching story of faith and how it would help a man find salvation and eventually gain some redemption and hope through music. Especially as it would introduce an audience who aren’t familiar with the music of the New York Dolls and how important they are but also in how music was able to get through the people. In the end, New York Doll is a sensational film from Greg Whiteley.

This sounds really interesting, even though I know nothing about the subject. Great review!

Thanks. I would totally recommend this film for anyone that is interested in anything that puts faith in a very positive spin as most faith-based films tend to be hackneyed and unbelievable. This isn't the case with this film and, it's got some great fuckin' tunes.

Same w/ Brittani, I don't know anything about Arthur Kane. It sounds like a compelling doc though.

@Ruth-It is better than a lot of the docs I've seen as it is more about a man's faith and his willingness to get back to music. Even if it's for a brief moment. Plus, the world owes a debt to what the New York Dolls had done for music.

I guess this doc would be a good primer for getting into the music and learning about the members of the band. Seems you rate this documentary very highly.

@Chris-Well I was a fan of the Dolls before this doc came out as I heard about them reuniting as I was thinking "oh no, it's not going to be good". Then I heard about those shows and it proved that they still got it. Then this doc came in and it's essential for anyone that wants to know about the Dolls. I loved it and was also moved by it.