Against the Crowd Blog-a-Thon 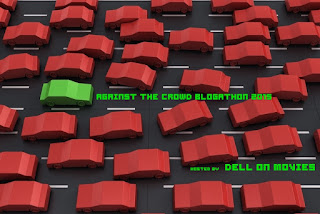 Wendell of Dell on Movies has created a blog-a-thon that is very controversial as it relates to films that are beloved by critics that not many people like and those that are panned by critics that audiences do love. It is essentially a me-against-the-world mentality in what Wendell has created based on the following rules:

1. Pick one movie that "everyone" loves (the more iconic, the better). That movie must have a score of at least 75% on rottentomatoes.com. Tell us why you hate it.

2. Pick one movie that "everyone" hates (the more notorious, the better). That movie must have a score of less than 35% on rottentomatoes.com. Tell us why you love it.


That’s not so hard. OK, here is what I’m offering. 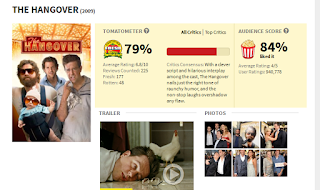 I was one of those that never really warmed up to The Hangover. When I first saw it, I thought it was OK but not a big deal. Subsequent viewings however made me realize that everyone who thinks this movie is great is fucking wrong! How can anyone root for an immature man-child in Zach Galifianakis’ Alan who not only causes a lot of trouble but does stupid things as if people think it’s funny? Plus, you have Bradley Cooper acting like a smug asshole and Ed Helms as the moron who sings about the troubles they’re in and people think this is funny?

Can I also mention into how much I fucking dislike Ken Jeong? His Chow character is among one of the most horrific and loathsome stereotypes ever created. What is so funny about this effeminate psychopath who likes to sport around naked just so he can show off his tiny dick? The jokes aren’t funny while Heather Graham just appears as an excuse to show off one of her tits to breastfeed a baby. The fact that this film grossed a lot of money and won some awards while getting two very awful sequels is just mind-boggling. 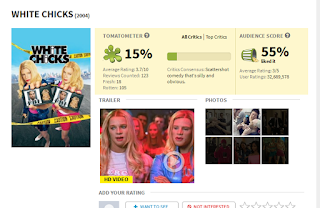 OK, I understand that this is sort of a cult film that didn’t get its due when it first came out. Sure, it was a box office hit though anything the Wayans did afterwards weren’t that great. It is still a film that audiences watch and quote. While it is a very lowbrow and idiotic film, it is one that is still funny as it makes fun of stereotypes in the right way while the idea of two African-American FBI agents pretending to be young white women is gold. Especially in the Keenan Ivory Wayans portrays it with his brothers Shaun and Marlon playing the lead roles.

Yet, it’s not just the Wayans that stand out as Busy Phillips, Jennifer Carpenter, Jaime King, Brittany Daniel, and John Heard that get to have their moments. The MVP of this film is Terry Crews. A character like that on paper wouldn’t work but Crews manages to do so much with his charisma and extremely hilarious performance. Plus, how can anyone not like these moments…

Wait, wtf? 1. I love Hangover, 2. I saw it once or twice and I have an awful taste in comedy so 1 doesn't count, 3. White Chicks is awesome.

I love The Hangover, but I totally get you thinking it's stupid. I also loathe White Chicks, starting with those grotesque makeup jobs. However, my disagreement shows that this post embodies the spirit of this particular blogathon. Thanks for participating.

I was one of those assholes who gushed over the Hangover initially, but I have since seen the error of my ways. Good call. And it should forever be placed in movie Hell for unleashing Jeong on us. His character is the worst.

I have never seen White Chicks, and I never planned to. But the you mentioned Crews.

I love that guy.

I liked The Hangover but really hated Ken Jeong's character. The character was so absurd, it's ridiculous. White Chicks is funny and great, love that movie.

Yes, I LOVE White Chicks! I liked The Hangover too, but I was surprised by it. I thought I would hate it.

Terry Crews is effing hilarious. He makes everything better, even that awful Blended Sandler movie. Crews just KILLS it.

I won't talk about The Hangover...

You've made me really want to watch The Hangover again, which probably wasn't your point...

I was never on board with The Hangover either. I thought the end credits were amazing, but the movie to me wasn't any better than other comedies of its kind. And I've always detested the Jeong character too.

@Budai Roberts-White Chicks is and always will be awesome.

@Wendell-Hey, I'm just glad you're giving me something to do as I'm now 2/3s done with my Blind Spot assignment.

@m. brown-I would like to meet Jeong one of these days and.... give him the ass-kicking of a lifetime for butchering "Hurt". Anyone who butchers a NIN song is a dead motherfucker. You don't want to mess with Nine Inch Nails fans.

@Big Screen Small Words-The Chow character is one of the most loathsome characters in film. Why did people thinkhe was funny. I really hate that character.

@Brittani-I didn't like that song at first but Terry Crews made me love it.

@Rebecca-OK, get ready to be offended.

@Alex-I wasn't a fan of the end credits either and I don't think I really laughed once during the time I first saw the film because my sister and her husband rented for the family to watch. Everyone else was laughing but I was like... "uh.... this is funny?"

Glad you participated in this one too Steven! Haven't seen either one of these but I have no desire in seeing Hangover. White Chicks does sound like a hoot.

@ruth-There's good low-brow comedy and then there's bad comedy and what makes White Chicks work is the fact that it doesn't take itself seriously and knows that it is being ridiculous.

That's the thing. I don't get when critics rip films where the filmmakers are aware of its preposterous-ness and it's intended to be ridiculous. Sometimes they expect a Shakespearean quality or whatever from EVERY movie, instead of judging something for what it is.

@ruth-Exactly. There's a difference between smart low-brow humor and just plain stupidity. Keenan Ivory Wayans knows what he's doing as he knows he's not going to make anything believable in terms of bad makeup jobs or idiotic visual effects. That is part of the gimmick which does make it funny and be self-aware of how bad it is. Even if they're working with a very low budget.

Compare that to the bullshit that Adam Sandler makes or those awful Friedberg/Seltzer parodies. They have access to money and don't do anything to make it funny but rather think they're smarter than all of us.

I can't say I hated The Hangover I just thought it was stupid and went on for too long. Everybody kept telling me how hysterical it was and I was left wondering if we'd seen the same movie.

@joel65913-There's something about Terry Crews that for some reason, makes him standout as he does have a natural sense of charisma and isn't afraid to make fun of himself. Plus, he can play the badass and play the funny one. He has the makings of a movie star.