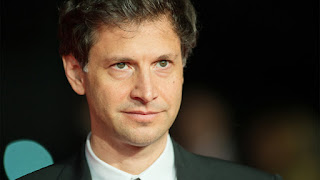 Though he’s only done four feature films and three of them in the last 10 years, Bennett Miller is probably one of the most exciting and intriguing filmmakers working today in American cinema. Despite the small number of films he’s made so far, Miller’s study of real-life individuals in unique situations are fascinating as it plays into a world that is real as well as complicated. Particularly as Miller would also tell the stories of these figures and the challenges they face in their environment and situations. Though he is still sort of a newcomer of sorts, Miller is also one of the most vital filmmakers in American cinema to keep things exciting in the age of blockbusters and adaptations of young adult film franchises.

Born on December 30, 1966, Miller was the son of a contractor and a painter as he was introduced to the world of art at an early age. In his teens attending Mamaroneck High School, he would meet aspiring actor/writer Dan Futterman who would become one of his key collaborators as the two graduated in 1985. Though Futterman would go to Columbia University and Miller attending New York University, the two remained close as Miller would form a short-lived theater troupe with another young actor at the time in Philip Seymour Hoffman. After finishing his studies at NYU, Miller took some time working on several projects including a video for friend Steven Schub and his band the Fenwicks in the early 1990s as it was his first taste in directing something. Though it would take time for him to find something to direct, Miller would spend much of his post-college life honing his craft as a filmmaker.

Email ThisBlogThis!Share to TwitterShare to FacebookShare to Pinterest
Labels: bennett miller, the auteurs

I've only seen Foxcatcher from Miller and got to chat with him about the film when he was in town. Interesting guy, though based on my interview, not particularly energetic. I'm curious about his first two films though, esp since all of his lead actors got an Oscar nomination.

Capote and Moneyball are definitely worth seeing. I would avoid The Cruise. I didn't like that one. I found it to be boring.

Miller's gift is his way with atmosphere. I wasn't a fan of Foxcatcher, but he created such intensity with the way the camera lingered and panned...he understands tension very well. Capote is, in my eyes, his finest film...and Moneyball is also very good. He's got a gift, for sure.

The Cruise is the only one I haven't seen, but his other three are very good. I was very surprised when he got in on the Best Director race for Foxcatcher, but it was nice to see him there.

@Fisti-Oh definitely. I enjoyed what he's done so far, with the exception of The Cruise which I didn't like.

@Brittani-He is already very accomplished as I'm eager for what he does next. Avoid The Cruise. It will bore you.

I'm very curious about Capote because of PSH, but not really a baseball movie fan, nor am I fond of Brad Pitt.

@Ruth-Moneyball isn't really about baseball but rather a guy trying to buck a system by using mathematics in order to save the little money he has for his team.