Sinatra: All or Nothing at All 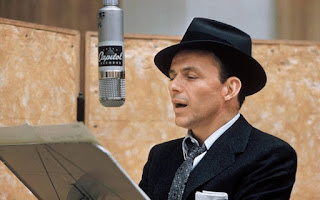 Directed by Alex Gibney, Sinatra: All or Nothing at All is a two-part, four-plus hour documentary film about the life and career of Frank Sinatra through various archival footage and interviews from the man himself as well as those who knew him and biographers that wrote about Sinatra. Inter-cut with footage from Sinatra’s first retirement concert in 1971 in Los Angeles where he sings a selection of his iconic songs which serves as chapters to each part of his life. The film revels into the many highs and lows Sinatra endured as an entertainer and as a man. The result is a fascinating yet elegant film from Alex Gibney.

If there was one vocalist who was pretty much the standard bearer of the 20th Century, it was Frank Sinatra whose voice captured a generation where he was a heartthrob in late 1930s and 1940s into becoming the master crooner who would rule the charts from the 1950s and 1960s defying trends as well as cultivate a successful career in films where he would win an Oscar for Best Supporting Actor for the 1953 film From Here to Eternity. The documentary doesn’t just tell the story of Sinatra’s life but it is told through the songs that made him a legend as he performs them in his first retirement concert in 1971 that is shown through rare footage that hadn’t been seen for many years.

The film is split into two parts that intertwine with footage from the 1971 concert as the first half is about Sinatra’s early life as a child with Italian immigrant parents as well as his early triumphs as a singer where he was a teen heartthrob. The second half revolves around Sinatra in the 1950s after he won an Oscar and recovered from his late 1940s career decline where he would become very popular as well as having involvements with the Mafia and John F. Kennedy as well as his relationships with other women. Much of it isn’t just told through Sinatra’s own words but also from the view of friends and colleagues as it is collected through many archives and such that played into Sinatra’s life. Though there aren’t any real narrators in the film other than a few biographers, it does allow Sinatra’s life to be presented by many as well as display a man who was all sort of things yet remain a man that is from Hoboken, New Jersey.

Alex Gibney’s direction is quite simple where he and his editors Samuel D. Pollard, Ben Sozanski, and Anoosh Tertzakian, along with sound editor Alexa Zimmerman, Gibney compiles many archival interviews including a famous one in the 1960s with Walter Kronkite along with interviews from the late 70s and early 80s. With the aid of cinematographers Antonio Rossi and Samuel Painter along with visual effects supervisor Raul Ortega, they would recreate pictures and old stock footage to play into the impact Sinatra had not just in popular culture but also in American society. Even where he would have a reputation where it is flawed as it played into a man full of contradictions and such that makes him far more compelling.

Then there’s the music as the songs that are chosen to represent each part of his life play into who he is as a performer and why he’s never caught on into any trends where Mia Farrow reveal that singing something that is popular doesn’t mean anything to him if he can’t connect with it. It says a lot to the man as there’s clips of him performing with other acts including Elvis Presley where it represents the old guard passing the torch to the new generation where the two definitely show common ground when singing together. Even in moments that showcase that he is willing to sing at any place including a prison in Washington D.C. where it proves that despite the fact that he’s a womanizer and can be a dick sometimes. The man cares for the people and is willing to give them their times worth for a performance.

I agree it’s a balanced doc, showing Sinatra’s flaws, and also celebrating his talent and philanthropy. Sinatra led an eventful life. Happy 100th birthday to him in heaven.

Hey thanks - I haven't come across this but would love to take a look. Love Sinatra, and he had such an interesting life. sounds like they did a pretty good job of assembling lots of stuff - I can understand why it's so long though!

@Chris-I bet threw a hell of a show in Heaven with Jimi Hendrix on lead guitar, John Bohnam and Keith Moon on the drums, backing vocals by Scott Weiland, Jaco on bass, and Jon Lord on the organs. Satan was there as well probably having a good time and serving Bloody Marys for the festivities.

@assholeswatchingmovies.com-Well, it's Frank. Doing a 2-3 hour film on doesn't do him justice. The man is a legend and there's so much to cover as it needs to live up to that iconic status.