For the fourth week of November 2017 as part of the Thursday Movie Picks series hosted by Wanderer of Wandering Through the Shelves. We focus on origin movies as they’ve become very popular within blockbuster films as it allows audience to find out how this person would become a hero or someone famous. Here are my three picks as they’re all from the Marvel Cinematic Universe: 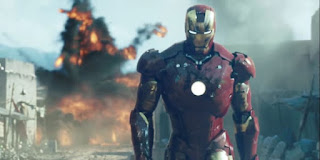 The film that started the MCU revolves around a billionaire who sees his creation of weapons be used for evil only to fight back by creating a suit that would make him rectify those errors. Starring Robert Downey Jr. as Tony Stark/Iron Man, it’s a film that shows a man who need to do something that would change this legacy of being a man creating weapons into becoming one for the good of the world. It’s got humor, it’s got action, and helps introduce the world that Stark would later be a part of as it is one of the finest superhero films ever made.

2. Guardians of the Galaxy 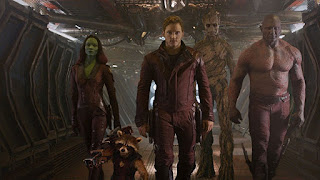 A true gem in every sense of the word comes a film about a gang of misfits who come together to be the saviors of the universe. The gang includes a half-human being raised by thieves who hooks up with a raccoon, his tree-like friend named Groot, a female warrior with a chip on her shoulder, and a big alien of a man wanting revenge for the death of his family. It is set in a galaxy that is diverse as it has some great action mixed in with some high-octane humor as well as a cool soundtrack.

A more recent entry in the MCU series as it involves a character that is still new to the MCU as it’s about this arrogant doctor who is humbled by an accident that would do damages to his hands where he would make a major discovery into the world of mystical arts. It’s a flawed film that doesn’t really do much to the origin storyline but it still manages to not take itself too seriously while creating some dazzling visuals as well a top-notch performance from Benedict Cumberbatch in the titular role.

I enjoyed all three of these films!

Great picks! All are entertaining entries to the Marvel universe.

We match with Guardians! That film is a lot of fun with great music. I also love Ironman which was funny but had heart...except for Ironman...well he has one but it’s damaged. I haven’t seen your last choice but I love Benedict Cumberbatch who should have won the Oscar last year

Great picks! I really liked all of these.

Haven't seen Dr. Strange but my fave of the other two by far is Guardians of the Galaxy which despite my superhero/sci-fi burnout was engaging and fun thanks to Chris Pratt. I put off Iron Man for years since I find modern day RDJ a noxious tool both on and off screen. A shame he was terrific when he was younger. The film itself wasn't bad despite him.

I deliberately avoided superhero movies since the recent glut of them has left me indifferent.

The Bourne Identity (2002)-A young man (Matt Damon) is found floating in the ocean by fisherman, bullet riddled and with no memory of who he is or how he came to be in his situation. As he recovers he discovers he knows many languages, is versed in complex defensive skills and for some reason has a computer chip implanted in his hip. Sensing danger he assumes the identity Jason Bourne, the name on his passport and sets off to discover the facts of his life. He is actually a pursued agent with the bulk of the film following efforts to eliminate him during which he uses his skills to defend himself helped by a young woman (Franka Potente) he enlists along the way. Kinetic, exciting opener to the series followed by several excellent (and a few not so hot) sequels.

Dirty Harry (1971)-With San Francisco in the grip of a maniac known as Scorpio police inspector “Dirty” Harry Callahan (Clint Eastwood) is put on the case since others have been ineffective. Harry, untroubled by things like procedure and rules, opens a can of whoop-ass on a variety of lowlifes and criminals in his pursuit of the lunatic. Responsible for the catch phrase "You've got to ask yourself a question: 'Do I feel lucky?' Well, do ya, punk?" this massively successful film lead to four sequels.

A Family Affair (1937)-First film of the enormously successful Andy Hardy series follows the everyday adventures of small town California Judge Hardy (Lionel Barrymore in the first/Lewis Stone in the series), his wife (Spring Byington in the original/Fay Holden series), two children Marion (always Cecilia Parker) and Andy (Mickey Rooney) and their live in Aunt Millie (Sara Haden). This time out the judge is up for reelection but crooked politicians and a hack at the local paper try to throw the vote. Meanwhile oldest daughter Joan (who more or less vanished later on) returns home because of troubles in her marriage but after Andy jumps into action and has a man to man talk with his dad all turns out A-Okay! Sprightly piece of Americana was so successful (earning over 2 ½ million on a budget of less than 200 thousand) it begat a series of 15 follow-ups that proved such a money mill MGM used them to introduce their most promising up and comers including Lana Turner, Kathryn Grayson, Esther Williams and Judy Garland who became a semi-regular as next door neighbor Betsy Booth who pined for Andy though he was going steady with the short tempered Polly Benedict (Ann Rutherford). These helped turn Rooney into a top 10 box office attraction for many years including twice at number one.

I think I really am getting tired of superhero movies. It's not that I do not like these movies...it's just that I just found them just ok. Nothing I would want to watch again.

@Birgit-Watch Doctor Strange, it's not original but still fun.

@joel65913-Dirty Harry is awesome though I don't really see it as an origin film but rather a look of a man who does things his way.

@Wanderer-I can understand your view. Yeah, the superhero thing can be tiresome but you have to admire Marvel for taking risks and bring something different to the table.