For the 47th week of 2018 as part of Wandering Through the Shelves' Thursday Movie Picks series hosted by Wanderer. We venture into the subject of non-linear timelines as Jean-Luc Godard said it best about narrative in “There’s a beginning, a middle, and an ending but it doesn’t have to be in that order”. Here are my three picks: 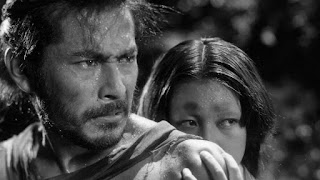 From Akira Kurosawa comes a film about a rape and murder told from four different perspectives with a priest and a woodcutter trying to figure out what really happened. It’s a film that is really a game-changer in a lot of ways in terms of how to tell a story as well as showing many angles of what might’ve happened. Even as a ragged peasant would be involved to figure out what happened that relates to a bandit, a murdered man, his wife, and a spiritual medium which prove that not everything is as it seems. 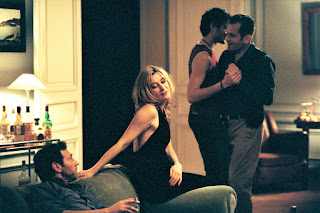 From Francois Ozon comes a film about a marriage and its eventual dissolution told backwards. The concept itself seems un-original yet Ozon manages to capture a marriage that seem doomed from the start where Valerie Bruni-Tedeschi and Stephanie Freiss are first seen at a divorce hearing and it ends with how they first met. The seeds of their broken marriage would emerge through some moments yet it also reveals that it started off innocently upon their first meeting yet it ponders what would happen if they knew they were to get married and later hate each other. 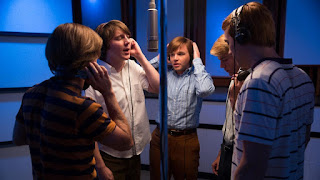 Bill Pohlad’s bio-pic on the legendary Beach Boys mastermind Brian Wilson is definitely the kind of bio-pic Hollywood wants to avoid. Notably as it doesn’t play by the rules where Pohlad focuses on two different time period in Wilson’s life from the mid-1960s when he quits touring and focuses on recording and in the late 1980s where he is under the care of a cruel therapist until a car salesman saves him and gets him back in touch with the world. Featuring Paul Dano and John Cusack in their respective roles as the younger and older Wilson, it’s an astonishing film that touches upon a man who got lost in his fragile state of mind and eventually return to the world.

Rashomon is the only I know and it's already on my watchlist. The other two sound interesting. I guess I'll check those two out too.

Love &Mercy is an awesome pick! Yet another time Paul dano was robbed of an Oscar nomination.

I've only seen (and heard of) Rashomon. Great, great pick.

I haven’t seen any of these althoug( I am well aware of Roshamon. The 3rd pick sounds like a good one and for some reason, brings to mindthe Barenaked Ladies song that says, “Brian Wilson’s Dead.”

Great picks. I've never seen 5x2, so now I must fix that right away.

@Sonia-I'd definitely check those 2 films out as one of them is a romantic film told in reverse and the other is an unconventional bio-pic.

@Brittani-Totally. Dano was awesome in that film and it sucked that he got overlooked.

@Birgit-Actually, the song is called "Brian Wilson" as it's about his troubled mental state and his genius though he's been doing fine for more than 20 years and continues to make good music.

@Alex-5x2 is a film I own on DVD as it's often overlooked as I think it's one of Francois Ozon's finest films.