For the 45th week of 2018 as part of Wandering Through the Shelves' Thursday Movie Picks series hosted by Wanderer. The subject is political comedies as it’s something that is needed in this time of American turmoil with its politics as both Republicans and Democrats are both acting like assholes and morons. It’s an appropriate subject considering what is happening as here are my three picks: 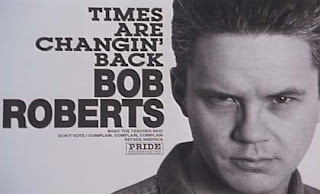 Tim Robbins’ 1992 directorial debut is a witty satirical comedy that has Robbins play the titular character of a right-wing politician on a campaign run for the U.S. Senate as he’s also a folk singer hoping to get America back on track. Presented in a mockumentary-style, the film is an offbeat look into a campaign that has a man trying to present himself as a savior of America when he’s really just a big scumbag. Featuring an incredible ensemble that includes Alan Rickman as Roberts’ campaign chairman, Giancarlo Esposito as a reporter trying to expose Roberts, the trio of John Cusack, Susan Sarandon, and James Spader as news reporters, and Jack Black in his film debut as an overzealous supporter of Roberts. 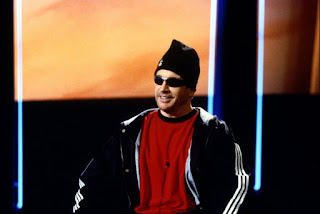 From Warren Beatty comes probably one of the most underrated comedies of the 1990s that stars Beatty as a jaded senator who is on a race for re-election yet feels disillusioned with many aspects of his life where he would hire an assassin to kill him so that his daughter can collect the insurance money. Yet, things would change when he meets Halle Berry as an activist where he starts to tear down the many ideas of politics while exposing much of the corruptive elements that goes on in campaigning and on the job. It’s a film that is entertaining and filled with a lot of wit while Beatty displays humor in embracing hip-hop and African-American culture. 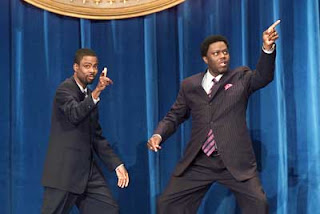 From Chris Rock comes a film that was definitely ahead of its time considering that five years after its theatrical release, America would elect its first African-American president in Barack Obama. With Rock playing an alderman in Washington D.C. trying to help regular people, the film revolves a man suddenly becoming a last-minute replacement for a Democratic candidate who died in a crash as a way to lose the presidential election and get ready for the next one. Instead, Rock’s character starts to speak his mind about what Americans want and need as well as display a lot of the things that Americans should have. With an ensemble cast that include the late Bernie Mac, Dylan Baker, Lynn Whitfield, Tamala Jones, Nick Searcy, the late James Rebhorn, and Robin Givens as Rock’s former girlfriend trying to get back with him only to be pulled by security. It is a funny film that play into some of the absurdity of elections but also the kind of hope it can give if democracy works in favor of good.

I'm not the biggest Tim Robbins fan so I was pleasantly surprised how much I liked Bob Roberts when I saw it. It had a very definite point of view and a brace of fine performances.

Bulworth certainly is popular today which is good news. It was a considerable hit when it was out and the theatre I saw it in was packed but it's not spoken much of today. The ubiquity with which its appearing makes me think its better known than I thought it was which is good news.

I haven't seen Head of State, a little Chris Rock goes a llllooonnnggg way for me.

This is usually an entertaining genre of film which I think these three are.

State of the Union (1948)-Successful businessman Grant Matthews (Spencer Tracy) is convinced to run for president by newspaper publisher Kay Thorndyke (23 year old Angela Lansbury believably playing a controlling 40ish shrew), his politically ambitious longtime girlfriend. At the instigation of his cynical campaign manager Spike McManus (Van Johnson), Grant and his long-estranged wife, Mary (Katharine Hepburn-who stepped in for Claudette Colbert at the last minute), attempt a reconciliation to increase his changes of a win. But when the idealistic Mary learns of Kay's behind-the-scenes role and sees how the campaign is changing Grant, it throws everything into turmoil. Frank Capra directed comedy/drama is one of Tracy & Hepburn’s best.

The Mouse That Roared (1959)-The Duchy of Grand Fenwick, the world’s smallest country, decides that the only way to get out of their economic woes is to declare war on the United States, lose and accept foreign aid. But things do not go as planned and suddenly it seems they are going to be the victors! What to do now? Cold War satire with Peter Sellers in a trio of roles was followed by the sequel The Mouse on the Moon.

Dick (1999)-Teenage airheads Betsy (Kirsten Dunst) and Arlene (Michelle Williams) accidentally stumble into the middle of the infamous Watergate robbery in 1976. Anxious to keep them quiet Nixon (Dan Hedaya) appoints them honorary dog walkers at the White House. While doing so their innocent actions start a chain of events that may eventually lead to Nixon's resignation as president of the United States.

I own Bob Roberts and I forgot how good that movie is. It is so errie how A guy like that could become our leader. Bulworth was a lot of fun. Its too bad most people only remember the song Geto Superstar from the soundtrack. Never saw Head of State but I like Chris Rock. I'll check it out if he helped write the script

I completely forgot Head of State existed. I'm not sure if I ever watched it or not. I'm 0/3 on your picks this week.

I haven't seen any of these but Bob Roberts sounds like a movie I would enjoy. I'll check it out.

Of course, we match on Bulworth. Great call. I liked Head of State, but didn't love it. It has been a long time since I saw it so I might give it another go. Haven't even heard of Bob Roberts.

I'm late but I'm here and we match with Bulworth. I am glad it is getting some love this past week. I don't know this Tim Robbins film but I now have it marked down to see because it sounds excellent and right on point for today. Another one that looks good is Chris Rock film. It sounds like another good one