In the 33rd week of 2020 for Wandering Through the Shelves' Thursday Movie Picks. We go into the subject of school as usually in August, kids would return to school but given the circumstances we’re in here in Shitsville. It’s best they stay at home and learn online though that seems impossible yet some parts of the country such as Dumbfuck Georgia chooses to let schools re-open as kids are likely to get sick or die from COVID. School sucked. Here are my three picks: 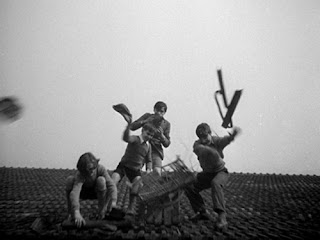 Jean Vigo’s third film released in 1933 is this exploration of rebellion in a school where a group of kids decide to be unruly at a boarding school in France. It plays into this ceremony that is to occur where a group of kids including a new student decide to fuck things up and be as rowdy as they want to be. It’s a film that is influential with a short running time of 44-minutes as it does showcase the sides of two camps with the authority figures not really being evil but rather oppressive with the kids just tired of being in detention and all sorts of shit. 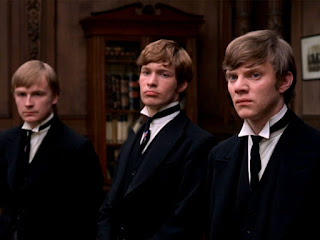 A film that was influenced by Vigo’s film is the 1969 Palme d’Or winner at the Cannes Film Festival that year by Lindsay Anderson that also explores rebellion at a boarding school. This time, the setting is in Britain as it play into a group of students who endure abuse and humiliating punishments at the hands of their cruel teachers, upperclassmen, and authority figures while the arrival of the student Mick Travis only increases the tension. It also play into a world that is completely disconnected with what is going on in the outside as the film features a breakthrough performance from Malcolm McDowell as Travis who is the leader of these rebels as it is a film that play into the ideas of reality and surrealism that includes its ending. 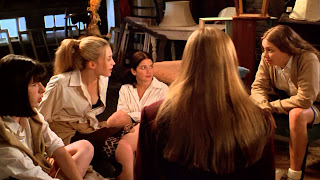 A gem that not many people (unless you were alive during the late 90s/early 2000s) have seen that is written and directed by Sarah Kernochan is a film set in a 1960s all-girl’s boarding school that stars Lynn Redgrave, Kirsten Dunst, Gaby Hoffman, Heather Matazarro, Rachel Leigh Cook, Merritt Weaver, Monica Keena, and Vincent Kartheiser is about a school that is in danger going coed against the wishes of its student and headmistress. It’s a film that is a different take of rebellion except it’s about a bunch of girls who deal with the idea of their school becoming coed as some are excited about it at first but then realize that a lot of the boys at the other school are a bunch of dicks. It’s got some humor but it’s also a film that definitely at least allow women to have their say about using their institution as a place of sanctuary and to help them get into whatever college they want to.

If.... is such a dandy little film. It also provides us with one of the best-ever first appearances of an actor on camera in film history. Not specifically a debut performance, but literal first appearance on film.

Malcolm McDowell with the scarf and the mustache beneath is so damn great.

I haven't seen any of these but I really like Gaby Hoffmann so I'll definitely check out All I Wanna Do.

I love that you added the Nirvana video! :-D

All I Wanna Do!! I have that penciled in for another theme this year. It's such a petty movie, I love Kirsten Dunst so much. I haven't seen you're first two but they sound interesting.

What a weird bunch of picks, awesome!

I don't know any of your pics but the middle one sounds intriguing. I hated school and I am laughing at what you wrote because I so agree even though i believe we need to be safe. We still start after labour day here and it is based on the school so they may have kids come in every other day and stagger. I can see this as one royal fuck up