Originally Written and Posted at Epinions.com on 8/15/04 w/ Additional Edits. 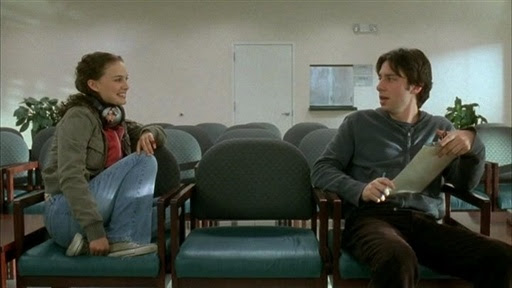 Maybe it was the hype associated with this film, but Garden State just did not impress me the way it did other people. I thought it was okay, but not as great as people were making it out to be. The best part of the film was actually the soundtrack.

Well, it's been a long time since I've seen it. Yet, whenever it's on. I like to watch certain scenes. I was really captivated by Natalie's performance because believe it or not. I knew girls like that when I was in high school. Very quirky and high energy. It was actually one of the few positive moments that I remembered about high school.

I can understand why some aren't into it and that's OK. The quirkiness is not for everyone and the Manic Pixie Girl thing is really uncool now. I do like the soundtrack a lot though. It's really a longtime since I've heard it as well.

2004 was my favorite year in film. I saw so many. It's fucking impossible to realize how much I saw and the ones that I didn't see in the theaters that I realized were so great. Shit man. Expect more Natalie-related stuff coming next week including a list of my favorite performances of hers and such.