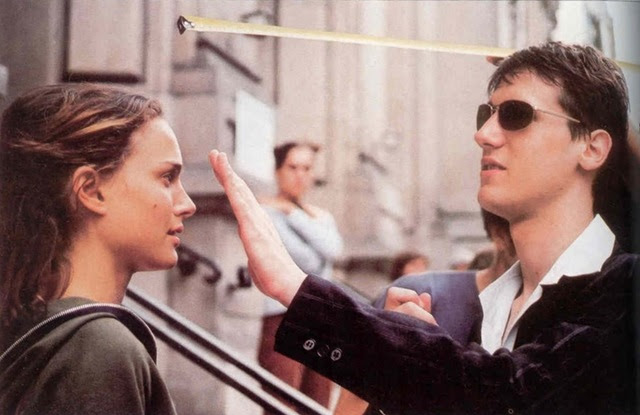 In 2006, a collection of short films called Paris Je t’aime was released that featured 18 short films by some of the world’s most renowned directors. Each short film was shot in Paris in one section of the city with a story about love. Producer Emmanuel Benbihy came up with the idea as he approached several directors to create an idea of the project. Among them was Germany’s Tom Tykwer of Run, Lola, Run fame. Tykwer created a 10 minute short (that was later re-edited for Paris Je t’aime) that would become the basis of what each short film should be about. He would call his full-length 10-minute short called True.

Written and directed by Tom Tykwer, True tells the story of a blind man who learns that his American-actress girlfriend is leaving him as he recalls the events of their relationship. Through a dizzying array of images, the man known as Tomas recalls the moment he meets Francine and how their relationship transpired. Starring Natalie Portman and Melchior Beslon. True is a wonderful yet mystifying short from Tom Tykwer.

Tomas gets a call from Francine as she tells him that it’s over. Tomas then recalls the moment he met Francine when she was rehearsing an audition she has. Tomas believes she was in distress only to learn was acting as a relationship begins. Things go well through a fast period of time until suddenly, things cool which leads to the break-up.

The story and plot of the film is simple about how a couple meets, fall in love, and then part. Yet, Tykwer’s approach to the story is done in a very stylish yet hypnotic presentation. Shot on location at the 10th arrondissement of Paris, the film is a love story that moves through time thanks to some fast-paced yet stylish editing by Mathilde Bonnefoy. Along with Frank Griebe’s cinematography, the film has a look that plays to the wondrous yet youthful world of that district as Tykwer revels into the way young love works. Including scenes where Tomas and Francine are standing still as people move very speedily around them which is very touching. Helping to play to that tone is the music composed by Tykwer, Johnny Klimek, and Reinhold Heil, which is a fast, brimming piece of electronic music that plays to Tomas’ emotions.

True is an amazing mini-masterpiece from Tom Tykwer as it is one of the reasons why Paris Je t’aime is a great concept. Armed with fantastic performances from Natalie Portman and Melchior Beslon, it’s a short that needs to be checked out whether as a stand-alone piece or in its shortened version in Paris Je t’aime. Either way, True is a dazzling short by Tom Tykwer.