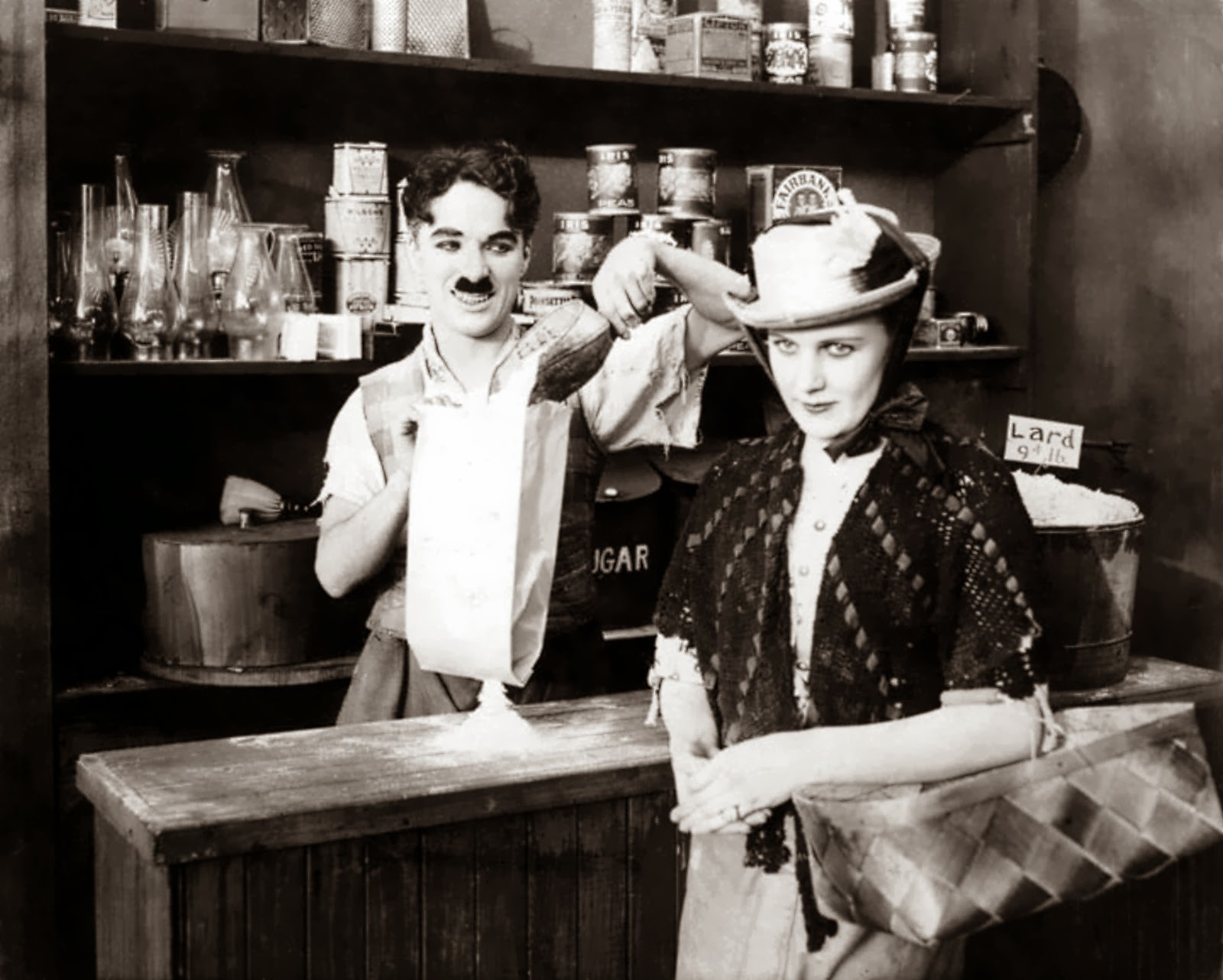 Written, directed, edited, and starring Charles Chaplin, Sunnyside is the story of a hotel handyman who fights a man from the city over a girl from the village. The thirty-four minute short film is an example of Chaplin’s unique approach to humor as he plays a variation of the Tramp character. Also starring Edna Purviance, Henry Bergman, Tom Wilson, and Olive Ann Alcorn. Sunnyside is a witty comedy from Charles Chaplin.

The film is a simple story about a hotel maintenance worker who deals with job and his girl where he fears he might lose her to a man from the city who arrived to his small village. Told in a typical slapstick, comedic style, it’s a film that doesn’t require much plot other than the Tramp character that Charles Chaplin play deal with his cruel boss who often kicks him in the ass and tries to do things only to screw things up. The script allows Chaplin to tell this story of this hapless handyman who is in love with the village girl (Edna Purviance) as he finds himself dealing with the city man who has everything.

Chaplin’s direction is pretty simple in terms of its compositions yet he does manage to create some very amazing moments in the scenes he creates. Notably in of the film’s opening moments between the Tramp and his boss (Tom Wilson) who often kicks him in the ass as it’s all presented in a form of slapstick where the tramp has no idea what he’s doing. Through his own editing and the way he times these comedic moments, Chaplin creates something that is just compelling in the way he brings humor in order to tell the story as the Tramp is just eager to try to win over the girl from the city man. Overall, Chaplin creates a very lively and entertaining film about an ordinary man fighting for his beloved.

Cinematographer Roland Totheroh does excellent work with the film‘s black-and-white photography to play into the film‘s vibrant look. Production designer Charles D. Hall does nice work with the set pieces from the look of the hotel as well as the home of the Tramp‘s beloved. The film’s music by Charles Chaplin is brilliant as it’s quite comical in its orchestral presentation but also somber at times to play into the Tramp’s moments of despair.

The film’s great cast includes some notable small performances from Olive Ann Alcorn as a nymph that the Tramp dreams about, Henry Bergman in a dual role as a villager and the girl’s father, and Tom Wilson as the Tramp’s boss who often kicks him in the ass. Edna Purviance is wonderful as the village belle who adores the Tramp while being wooed by the city man who wants her affections. Finally, there’s Charlie Chaplin in a fantastic performance as the Tramp where Chaplin just brings in a performance that is always fun to watch from his physicality to how he expresses himself without words.

Cool you're watching Chaplin! Looks like you've got tons to explore. I haven't seen Sunnyside, I'll have to see it later. My favorites of his shorts are The Immigrant (1917) & A Dog’s Life (1918)

Yeah, I'm working on a review of The Gold Rush which I saw earlier today as I'm just doing some silent films for the moment. Mostly Chaplin at this point as I have some more of his feature work to do. I like his stuff.