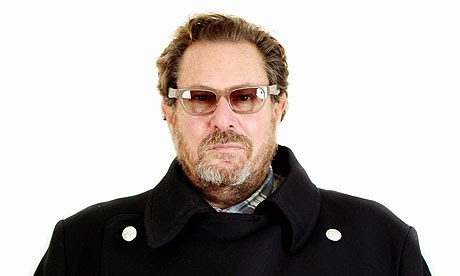 While he first gained fame as an artist, Julian Schnabel did use his work as an artist to create films that explored not just individuals who created their own brand of art. He also made films that played into characters that defied the conventions of art in many ways while having to tackle all sorts of trials and tribulations. While Schnabel’s approach to filmmaking maybe different from others as he comes from the world of the artist, he has managed to become of cinema’s most intriguing filmmakers with only a handful of films under his belt so far.

Born in the Brooklyn boroughs of New York City in 1952, Julian Schnabel was from a family where his mother Esta was the president religious organization of Women’s Zionist in the Brooklyn section in the late 1940s as she later left with her husband and the young Julian to Brownsville, Texas where he was a young boy. It was in this small Texan town where Schnabel learned about the world of art and surfing as he would receive a B.F.A. at the University of Houston where he was later admitted to the Whitney Museum of American Art for its study program in the early 1970s. It was around this time that Schnabel became part of the city’s seedy culture as he would frequent the club/restaurant Max’s Kansas City where the likes of Lou Reed and David Bowie hung out at as he would develop his work as an artist.

Email ThisBlogThis!Share to TwitterShare to FacebookShare to Pinterest
Labels: julian schnabel, the auteurs

Nice job in this Auteur Series, Steven. For some reason I thought Julian Schnabel is European, turns out he's from NYC!

Well, his taste is quite European but then again. Most high-cultured New Yorkers are.

Super surprised he's a New Yorker! I really need to check out more of his films.

I've only seen The Diving Bell and the Butterfly which is great. Based on that, I also thought he was European. Had no clue he was a fellow New Yorker. Been meaning to see Basquiat for years. Need to fix that. Love this series.

@Fisti-I hope you do. They're really good. I've been a fan of his for some time as I'm anxious for what he's doing next.