A Life in Movies

There’s something going on at Fandango Groovers blog where he has a blog-a-thon called A Life in Movies. It’s essentially a list of your favorite movies started from your date of birth to present time. All righty, I guess I can do that.
1980-Raging Bull 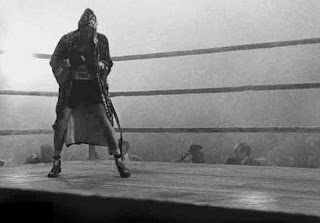 Well, I was born on December 5 of that year and I don’t think I saw a film until a few years later. Raging Bull isn’t just my favorite Martin Scorsese film but I think one of the best films of the 1980s. Scorsese’s direction, Robert de Niro’s chilling performance, and Thelma Schoonmaker’s dazzling editing. What more can be said?
1981-For Your Eyes Only

One of my all-time favorite James Bond movies. Not because it has great action, a brilliant Bond girl in Carole Bouquet, and lots of intrigue. It also one of my favorite theme songs of any Bond film. And sorry Sean Connery fans but I like Roger Moore much better than Connery.
1982-E.T. the Extra-Terrestrial

One of my favorite films that I watched as a kid and seeing it recently on HD TV made it more magical than ever. It’s still Steven Spielberg’s best film.
1983-National Lampoon’s Vacation

Another film I loved to watch growing up and it’s a film that my parents also love. Plus, Chevy Chase kicked ass and he still does. Give the man a fucking comeback that lives up to his legend!
1984-Once Upon a Time in America

The only Sergio Leone film that was made while I was alive and definitely a great way to go for his last film. It’s definitely one of the best films ever made and certainly needs to be seen more.
1985-Brazil 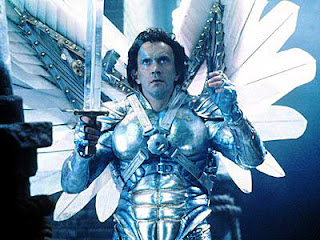 My favorite Terry Gilliam film that definitely speaks to the dreamers all over the world. It’s funny, it’s got great sets, action sequences, and a hero to root for in Sam Lowry.
1986-Blue Velvet

One of the first David Lynch films that I had ever scene and certainly the most fucked up. If I ever find a woman who likes the same creepy shit I’m into, we’ll certainly see this and recall the awkward moment in The Squid & the Whale. I LOVE YOU, LOVE ME!!!! HE PUT HIS DISEASE IN ME!!!!
1987-Full Metal Jacket

The only Stanley Kubrick film in the list but definitely one of the best war films ever made. Not only because it has two very different stories but also how it captured the troubled idealism of a young man. Plus, it’s got some great one-liners from R. Lee Emrey.
1988-Die Hard

Steven Soderbergh’s great debut film that set the new wave of indie cinema and definitely showed James Spader breaking out of the asshole roles he’s played throughout the 1980s.
1990-Goodfellas

A great movie about the mob and my third favorite Scorsese film behind Taxi Driver. It’s got a great look, a kick-ass soundtrack, a superb cast, and it’s very educational about how to make great Italian food with a razor.
1991-Barton Fink

My favorite Coen Brothers movie not only because it captures the struggle to write a screenplay but also a dazzling portrait into the world of creativity. It’s funny but also quite poignant about the world of writing.
1992-Reservoir Dogs

The first and definitely my favorite film by Quentin Tarantino. Definitely changed my life when I saw it on video. It fucked me up. What character do I want to play? Mr. Pink. “Why am I Mr. Pink? Why? Cause you’re a fag, that’s why?”
1993-Naked

One of the most brutal and ugliest films that I had ever seen. David Thewlis as a man that talks a lot while having sex with various women and going on and on about the world. Mike Leigh is definitely one of my favorite filmmakers working today.
1994-Chungking Express

My all-time favorite Wong Kar-Wai film and certainly a film I would watch over and over and over again. Not just because of a compelling yet stylish first half but an even kookier second half where I fell in love with Faye Wong. I will never hear California Dreamin’ the same way again.
1995-Safe

A film that definitely showed what an art film is and should be. It was also the first time I became aware of how a director presents a film in terms of framing and in mood. Definitely in my shortlist of the 25 best films ever made.
1996-Breaking the Waves

One of my top five favorite films ever made. Not only did it introduce me to Lars von Trier but got me reconnected in some ways with my own Catholic upbringing. It’s not an easy film to watch as I wept throughout the film while being captivated by its ending.
1997-The Fifth Element

You need to have a Terrence Malick film in the list and fortunately, I was able to have two of his films so far released in my lifetime. Definitely the best war film ever made but also one of the most visually-spectacular films that I had ever seen.
1999-Being John Malkovich 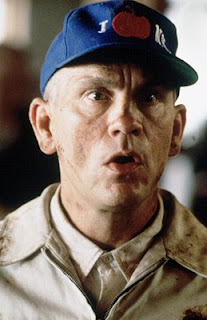 Spike Jonze’s feature-film debut with a great screenplay by Charlie Kaufman. Who wouldn’t want to enter into the mind of John Malkovich and have sex with Catherine Keener?
2000-In the Mood for Love 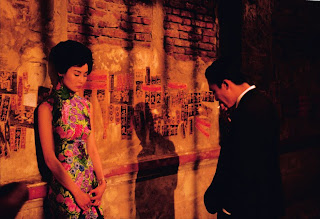 My second favorite Kar-Wai film that is also the first Kar-Wai film that I had seen. Definitely a heartbreaking yet mesmerizing film filled with great visuals, a lush soundtrack, and great slow-motion shots of Maggie Cheung walking in those tight dresses.
2001-Ghost World 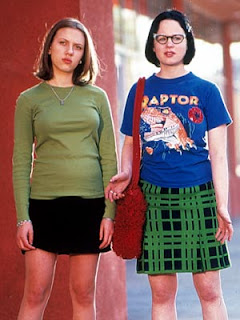 A film that definitely recalls my own sense of alienation with the world as a young man. Even as it felt very real how I felt about things with characters I enjoyed watching.
2002-Secretary

My second favorite film of all-time that definitely made me accept my own emotional dysfunctions. Plus, I was able to be wowed by one of my all-time favorite actresses in Maggie Gyllenhaal whom I would love to spank if she spanks me first!
2003-Lost in Translation

BEST FILM EVER MADE…
2004-Eternal Sunshine of the Spotless Mind

So far, Michel Gondry’s best film of his career and Charlie Kauffman’s best script yet. It’s original and daring. Plus, I got a kick out of seeing Kate Winslet being funny and wearing weird clothes while flashing her undies to a childlike Jim Carrey.
2005-The New World

The first Malick film that I saw at a movie theater and… whoa. It’s just indescribable as I became a full-on fan of Malick.
2006-Pan’s Labyrinth

Guillermo del Toro’s fantasy film that definitely dazzled me from start to finish. Not only was it the first film in Spanish that I saw at my local multiplex with an American audience. It was also a film that really was a mixture of art house and mainstream fantasy as it definitely proved that del Toro is one of the best filmmakers working today.
2007-I’m Not There

The second film by Todd Haynes on the list that also made me become a fan of Bob Dylan. Six people playing various personas of Dylan definitely sold me as it features one of my all-time favorite performances from Cate Blanchett as the electrified Dylan.
2008-WALL-E

My favorite film from Pixar and certainly one of my 10 favorite films ever made. To this day, I’m still stunned by the images presented in the film as well as the fact that it blended all sorts of genres into a sci-fi love story. The shot where WALL-E touches the rings of Saturn still brings a tear to my eye.
2009-Antichrist

A film that definitely channeled all of my frustrations with the world as well as being extremely confrontational and to the fucking point. Satan Bless Lars von Trier.
2010-Somewhere

Sofia Coppola has made the list again with a film that definitely showed her stripping things down to its bare essentials. It’s a very quiet yet hypnotic film that won me over.
2011-TBD 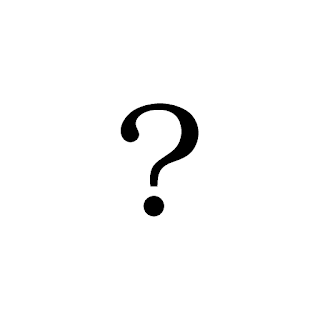 Well, it’s going to come down for me with two films. Terrence Malick’s The Tree of Life or Lars von Trier’s Melancholia. Better yet, it could be something else. We’ll just wait and see.
© thevoid99 2011
Posted by thevoid99 at 1:34 PM

I haven’t seen Chungking Express, Safe or WALL-E. I just don’t get the appeal of ET and Breaking the Waves; I love every other movie on your list. Thanks for taking part.

Holy moly is there a good chunk of movies here that I haven't seen. Ours started off so similar, too!

ET is a childhood fave of mine while Breaking the Waves is the film that introduced me to Lars von Trier. He's definitely someone I consider inspirational for my own filmmaking aspirations.

The films you haven't seen are personal favorites and I totally recommend them.

@Red-Thank you. I liked your list though mine did become more extreme towards the end.

Nice list! I'm happy to see love for Brazil (one of my all-time favorite movies)! And I think it's awesome almost everyone seems to have Die Hard for 1988.

We only have Die Hard and Goodfellas in common, but I really like some of your other choices. You can never go wrong with Eternal Sunshine, Being John Malkovich and Wall-E.

@Dan-Thanks Dan. I took a look at your list. It's pretty good.

Full Metal is one of those films that starts off good and just loses its way for me by the halfway mark. For Your Eyes Only is actually in my bottom five in regards to Bond films. Moore did far better films than this one.

Also, your list reminded me that I still need to see Somewhere.

@CS-Well, with For Your Eyes Only and Full Metal Jacket. They were the only other films I could think of. Plus, I love those films though I think I could've replaced Full Metal Jacket with another favorite of mine, Spaceballs.