Well, the festival has just ended and what a festival it's been as far as films were concerned. There was some controversy from Lars von Trier who got banned which I think was a bad idea from the people at Cannes because who are they going to get to put asses in the seat? There were also some disappointments including Gus Van Sant's upcoming film Restless which I'll still see if it plays nearby but with low expectations. And there's been some surprises. The film I'm eager to see that came out at the festival are Michel Hazanavicius' The Artist, Julia Leigh's Sleeping Beauty, Maiwenn's Poliss, and Nicolas Winding Refn's Drive.
For anyone that just heard the news, yes. Terrence Malick's The Tree of Life has won the Palme D'or despite getting some boos at the festival and mixed reviews which was expected. Yet, considering the competition he is facing. I must say I'm happy that he wins and hopes it will give the film a wider release during the summer. I'm a bit upset that neither Pedro Almodovar's The Skin I Live In nor Lynne Ramsay's We Need to Talk About Kevin didn't pick up anything though the latter got a great reception as I've become interested in Ramsay's work. Yet, I'm happy with the fact that The Artist got an award for Best Actor to Jean Dujardin along with Refn getting the best director prize. I'm really happy for Kirsten Dunst getting the Best Actress prize for her work in Lars von Trier's Melancholia as I'm a fan of her work and hope it would boost her career.
I have to say that it's been fun following the festival and its coverage and hope it will be more fun next year.
Now to the marathon which I've concluded with Bob Fosse's All That Jazz. I must say having done the Cannes Marathon since 2006 (w/ the exception of last year which didn't happen) that this one was the best. Not only because I saw a large amount of films where I liked a lot of them. I also had more time to watch them and paced myself with each film and review. At the same time, there were films that met my expectations while a number of them managed to surpass what I've expected.
The great thing about these marathons isn't just discovering these films but also discover filmmakers that no one has heard of or aren't familiar with. The big thing that really surprised me is that since this year's festival featured four films directed by women that were in competition. I also had four films that were directed by women that ended up becoming my favorite films of the marathon. Three of which were very minimalist pictures that definitely impacted my own aspirations as a filmmaker as I'm about to start work on my new screenplay.
Now with every festival, there's always awards that is synonymous with Cannes. Though I didn't pick out any first films for the marathon that I couldn't find which means no Camera D'or for best first film. There will be other awards given to the 15 of 17 films that I saw for the marathon.
For the Palme D'or, this fictional version of the prize goes to... Morvern Callar 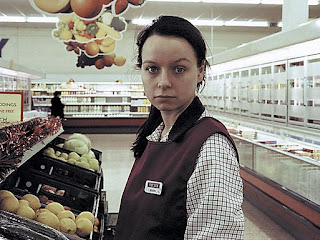 This was a real discovery as I came not knowing about Lynne Ramsay as I'm wondering what she's about. The fact that she created a story about this woman who finds her boyfriend dead from a suicide and takes his manuscript under her name and go to Spain with her friend is an engrossing one. There was a minimalist quality I was drawn into along with the filmmaking and the way she used music to play to the image. I was also amazed by not just the raw look but also its beauty as I'm about to work on my own script as I found the film to be very inspirational for me. This is why I pick it as the best film of the marathon.
The 2nd Place Grand Jury Prix goes to Fish Tank 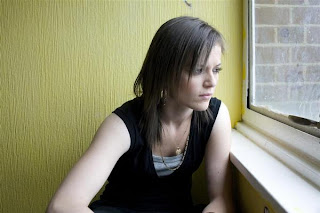 I love coming of age films when it's done right and takes me to places that I don't know. Most of all, the fact that it's about a young girl trying to find solace through street-dancing amidst the chaos of her home life along with the presence of her mother's new boyfriend. I was wowed by Andrea Arnold's direction and her presentation of the film as it's a film that young people need to see.
The Third Place Jury Prize goes to Wendy and Lucy

I wanted to see this film for a long time and it was a last-minute addition to the marathon as I found it premiered at the festival. Yet, I was amazed by its minimalist tale as well as its neo-realist approach. Even with Michelle Williams' performance which is truly one of her best performances in a career that is going extremely well.

The Best Director prize goes to Kelly Reichardt for Wendy and Lucy. It wasn't easy as it came down between her and Andrea Arnold. Reichardt created something that is very engaging as a director. Notably with the way she frames things and not go overly-stylistic. She keeps it simple and to the point as she deserves the prize.

The Best Actor prize goes to Tahar Rahim for A Prophet. Once I saw him in this film, I realized that this going to be hard to top because he is so amazing in this film as a young illiterate convict who becomes a crime boss. With the festival progressing as I saw more and more performances. Rahim's performance still stuck out as it is definitely one for the ages as I hope to see this guy a lot more in films.

The Best Actress prize goes to Abbie Cornish for Bright Star. This wasn't an easy pick as Cornish had some serious competition in Samantha Morton for Morvern Callar, Katie Jarvis for Fish Tank, Michelle Williams for Wendy and Lucy, and Arta Dobroshi for Lorna's Silence. I give it to Cornish for the way she portrayed a woman who is an artist like the man she loved in John Keats. The anguish and grace that Cornish gives is phenomenal as it tops the one she gave in Neil Armfield's Candy.

The Best Screenplay prize goes to Jane Campion for Bright Star. Campion's script is a very engaging one for the way she studies the relationship between John Keats and Fanny Brawne in Keats' final years as well as the way creativity works. It is a story that doesn't dwell into melodrama while taking Keats' writing as a way to help tell the story and provide depth to Keats' relationship with Brawne.

The Technical prize goes to Christian Berger for his cinematography in White Ribbon. Berger's black-and-white photography, that is reminiscent of some of the films by Ingmar Bergman, has a very distinctive look that makes it beautiful. Yet, there is something very haunting in Berger's camera that plays up to the eerie tone of the film as Berger's work stood out for me among the rest.

For the Special Jury Prize, I'm giving it to Katie Jarvis for her performance in Fish Tank. It's a debut performance but what a debut performance for someone who is a relatively unknown that provides something that is fierce and wondrous from start to finish. It is definitely a marvelous role from an unknown who will surely become someone to watch in the years to come.
And here is the ranking for the rest of the films that I saw in the marathon with the exception of Che and Antichrist that I've already seen back in 2009. Here are those films along with brief insights into each one:
4. Bright Star

Jane Campion's romantic drama about the final years of John Keats and his relationship with Fanny Brawne is a lush yet hypnotic film that isn't overly dramatic nor pretentious
5. The White Ribbon

Michael Hanake's haunting drama of a peaceful village coming undone by incidents in pre-World War I Germany is a chilling film about innocence lost.
6. A Prophet

Jacques Auriaud's prison drama is a fascinating study about a man's journey from a young servant to a mob boss into a crime boss of his own.
7. Broken Embraces

Pedro Almodovar's amazing story about a man reflecting on his past and lost love in a multi-layered yet entrancing drama that features great performances from Penelope Cruz and Lluis Homar.
8. All That Jazz

Bob Fosse's 1979 masterpiece about a man's workaholic lifestyle going out of control as he tries to finish and create various projects while facing death.
9. Irreversible

Gaspar Noe's shocking film about a tragic night where a man tries to avenge the assault and rape of his girlfriend as it's one of the best one-timers ever made.
10. House of Flying Daggers

Zhang Yimou's stylish wuxia romantic drama about two cops trying to find a secret rebellion group with the help of a beautiful blind dancer as it's one of the most gorgeous films ever made.
11. Lorna's Silence

The Dardenne Brothers' engrossing drama that features a radiant performance from Arta Dobroshi as a woman trying to get money for her own dreams as it's another solid film from the Belgian auteurs.
12. The Class

Laurent Cantet's superb film about the year in the life of a teacher and in his students in this real yet engaging drama.
13. Looking for Eric

Ken Loach's fantastic film about a man who seeks help with his own troubled life through his hero Eric Cantona.
14. Battle in Heaven

Carlos Reygadas' haunting drama about a man dealing with a failed kidnapping as he seeks solace in his boss' daughter in this confrontational yet intriguing film.
15. My Blueberry Nights

Despite a superb cast and visuals, Wong Kar-Wai's English-language debut is a bit uninspiring since it feels derivative of his other work.
Well, that is all for the 2011 Cannes Film Festival Marathon. Let's hope for another one this year and enjoy these amazing films.
Posted by thevoid99 at 3:39 PM

Great post, I really enjoyed your Cannes marathon, and I don't think I would ever be able to decide how to rank all those films.

Well, it wasn't easy because there were so many good films and I went the ones that I enjoyed the most.