Originally Written and Posted at Epinions.com on 1/22/10 w/ Additional Edits. 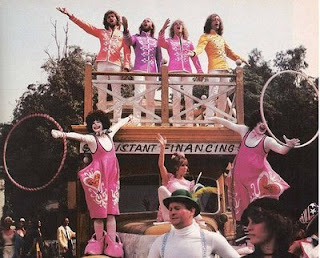 But still . . .. You gotta love Alice Cooper's death match with the cream pie, right, those ballerina mimes from the "Mr. Kite" segment, in their whiteface and tutus, were so sexy! :-D

No, I didn't. It wasn't very good. It must makes me glad I don't do drugs. I'm already fucked up enough to not even do drugs.

You know what's really ironic? When Mr. Mustard turns Heartland into a sleazy city full of vice, it resembles the red light district in Hamburg that the Beatles themselves honed their musical skills in!

@Steve-Ah, you're right. It's easy to forget that the Beatles played at strip clubs back in Hamburg.