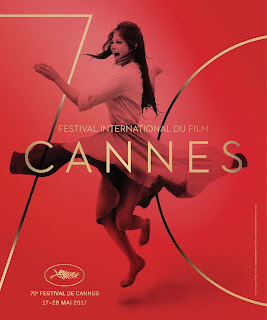 From May 17-28, the 70th Cannes Film Festival will commence as it is pretty much the event of the year for many film buffs. It’s the moment where some of the best filmmakers would unleash new films for the world to see as there will be some surprises and maybe some failures. Opening the festival will be Arnaud Desplechin’s new film Ismael’s Ghosts starring Matthieu Almaric, Marion Cotillard, Charlotte Gainsbourg, and Louis Garrel. Among the films that will be competing this year’s Palme d’Or include new films by such noted auteurs like Noah Baumbach, Bong Joon-Ho, Michael Haneke, Sofia Coppola, Todd Haynes, Yorgos Lanthimos, Francois Ozon, Fatih Akin, Michel Hazanavicius, and maybe Lynne Ramsay. Other new films from the festival playing either out of competition or in the sections for the Un Certain Regarde and the Director’s Forthnight include films by Matthieu Almaric, Takashi Miike, John Cameron Mitchell, Alejandro Gonzalez Inarritu, Agnes Varda with the artist JR, Abel Ferrera, Sean Baker, Claire Denis, Amos Gitai, and Bruno Dumont.

Heading the jury for this year’s Palme d’Or will be filmmaker Pedro Almodovar as he will be joined by Will Smith, Jessica Chastain, Fan Bingbing, Paolo Sorrentino, Chan-wook Park, Maren Ade, Agnes Jaoui, and Gabriel Yared. This year’s marathon will once again not feature any re-watches of films I have seen before while the marathon will not feature any films that won the Palme d’Or as the ones I want to see aren’t available for the time being. This year’s marathon will feature nothing but first-timers as I’ve chosen fourteen films that will compete for the fictionalized version of the Palme d’Or plus one film from this year’s Blind Spot Series which will be played out of competition. The marathon will have a break on Thurdsay for the Thursday Movie Picks things as here are the 14 films that will be competing for the fictionalized version of the Palme d’Or:

Coming Home (Played Out of Competition 2014)

The Nice Guys (Played Out of Competition 2016)

That is what to expect for this year’s Cannes Film Festival marathon which will start on May 17 and end on the 28 with a post-script about the festival. Until then, this is thevoid99 saying au revoir.

I see you are sticking to your guns by reviewing Cannes films in honor of the festival. Would be fun to actually have a festival pass and go there one year. Of those listed, I’m excited to watch the new Haneke especially. There’s also TV that’s getting shown at Cannes, new Twin Peaks, and season 2 of Top of the Lake w/ Nicole Kidman.
Harakiri regularly pops up on best films of all time lists on letterboxd, I should watch it too!

@Chris-Doing the Cannes marathon is something I enjoy doing as I just love that festival. I would like to make a blog-a-thon for anyone interested but I can never get any participants. I tried in the past during my years at Epinions but no one really wanted to do it.