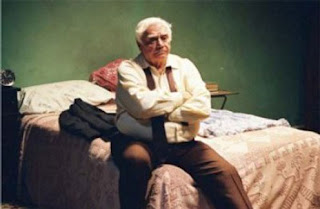 I forgot Danis Tanovic took part in this project. Now I really need to get around to seeing this film.

It's worth watching for a lot of the shorts while some are OK though avoid the Sean Penn short unless you're a fan of Ernest Borgnine.