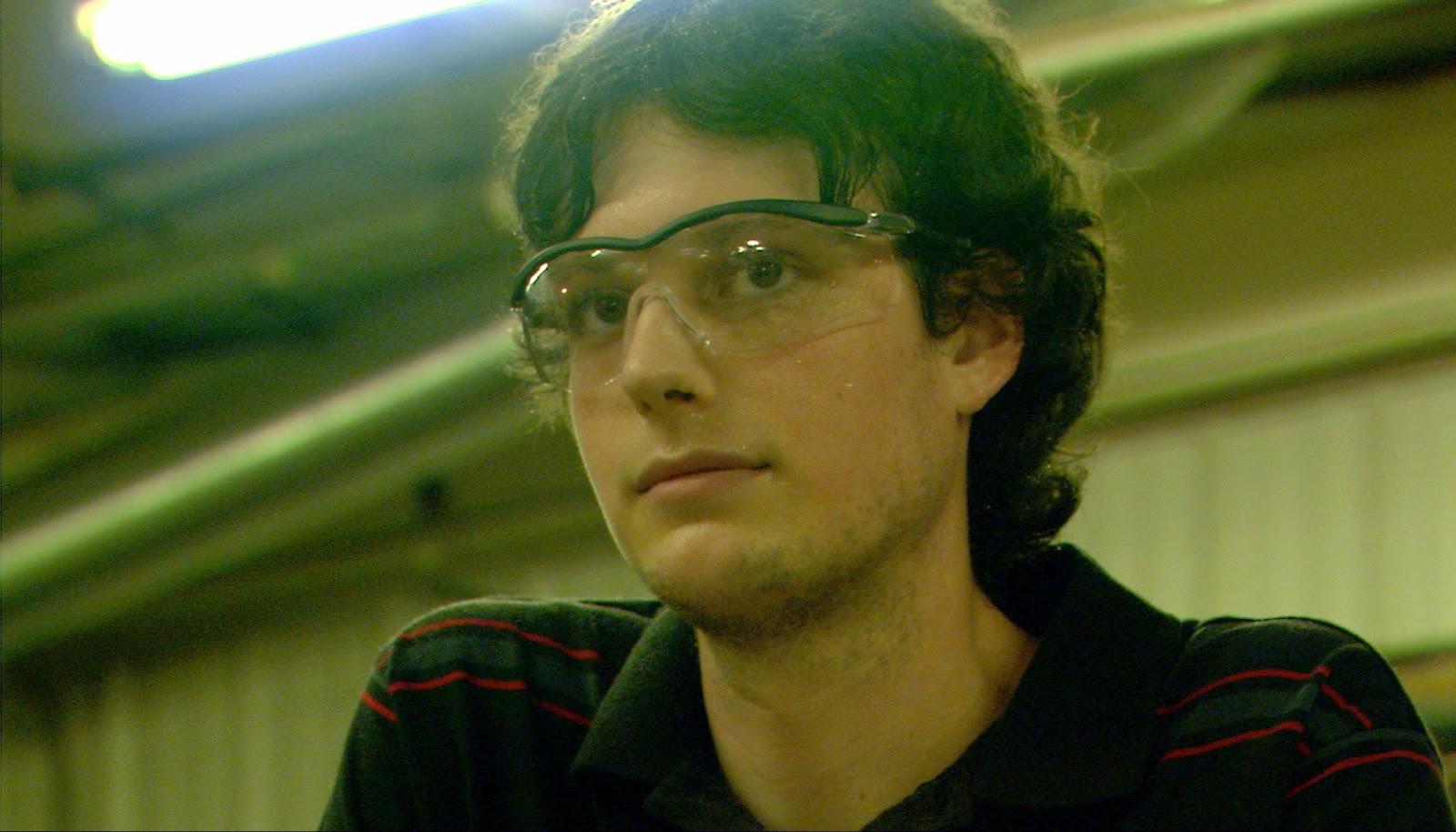 Directed, shot, and edited by Steven Soderbergh and written by Coleman Hough, Bubble is the story of two people living near the Ohio River as they struggle with their daily life just to survive as their friendship is disrupted by the arrival of a new employee. The film is an experimental feature of sorts where Soderbergh aims for a minimalist approach in his storytelling as well as shooting with the newest digital technology of the time while working with non-professional actors. Starring Debbie Doeberenier, Dustin James Ashley, and Misty Dawn Wilkins. Bubble is a fascinating and chilling film from Steven Soderbergh.

The film explores the world of a small town in West Virginia where a middle-aged woman and a man in his 20s work together at a doll factory where the arrival of a new employee disrupts the friendship. It’s a film that doesn’t have much of a plot as screenwriter Coleman Hough just wants to explore this friendship between the 40-something Martha (Debbie Doeberenier) and the 20-something Kyle (Dustin James Ashley) where they work together as Martha would also drive Kyle for his second job shoveling at a steel mill. Upon the arrival of a new employee in Rose (Misty Dawn Wilkins) who is a 20-something single mother, Martha feels uneasy about this new person where relationships become complicated and such. While the first half is a portrait of the lives of these people in a small town. It would change in its second half to a more genre-based story as it would be played into some kind of mystery of sorts.

Steven Soderbergh’s direction is very simple in terms of what he wanted to do as he is aiming for something that feels real as all of it is shot on location in Parkersburg, West Virginia and Belpre, Ohio to create something that feels like a small town set in parts of America that isn’t often explored. Serving as cinematographer in his Peter Andrews pseudonym and editor in his Mary Ann Bernard pseudonym, Soderbergh does aim for some visual style in terms of its lighting where it has bits of sepia-drenched images as it’s shot entirely on high-definition digital cameras. A lot of the compositions are quite simple yet does have some amazing shots that Soderbergh would create to play into the life of a small town that would later become unhinged for a bit in its second half. In his editing, Soderbergh would keep things straightforward with a few stylish cuts and such as he aims for something that is more minimalist rather than be very embellished. Overall, Soderbergh creates a very intoxicating and eerie film about life in a small town.

Sound mixer Dennis Towns and sound designer Larry Blake do excellent work with the film‘s sound as it is presented in a very simple manner with Towns doing much of the location sound and Blake adding textures for its post-production work. The film’s music by Robert Pollard is superb as it’s a very simple score with just a folk-based guitar that plays between scenes to give it a small town feel.

The casting by Carmen Cuba is brilliant as it features some notable small roles from Daniel R. Christensen as the factory supervisor, Laurie Lee as Kyle’s mother, Madison Wilkins as Rose’s 2-year old daughter Jesse, Omar Cowan as Martha’s father, K. Smith as Rose’s former boyfriend, and Decker Moody as a detective who plays a key part in the film’s second half. Misty Dawn Wilkins is wonderful as the young new employee Rose who is a young single mother wanting to make money so she can leave town as she rubs Martha the wrong way. Dustin James Ashley is fantastic as Kyle as this shy, young man who is attracted to Rose as he is unaware of what is going on as well as the tension between Rose and Martha. Finally, there’s Debbie Doeberenier in a brilliant performance as Martha as this middle-aged woman who feels threatened by Rose’s presence as she wants to know if she’s just being paranoid or if her suspicions are true.

I look at Bubble as more of an interesting experiment from Soderbergh than anything else. It shows up pretty low on my rankings of his films, but that doesn't mean I don't like it. It just hasn't stuck with me as much. Either way, I love the fact that he doesn't rest on his laurels.

Great review man. I've always loved this film as well. So happy you highlighted its minimalist style and superb cast. Doeberenier showed something really special in this movie. Such a natural talent.

@Dan Heaton-I also saw it as an experimental film as well as it's also low in my list but I still enjoyed it. It's a well-made suspense film but also has characters that we're engaged by.

@Alex Withrow-I was waiting for a response from you as I knew you enjoyed this and I really liked this as well as I now have 2 more Soderbergh films to watch for the rest of the year.