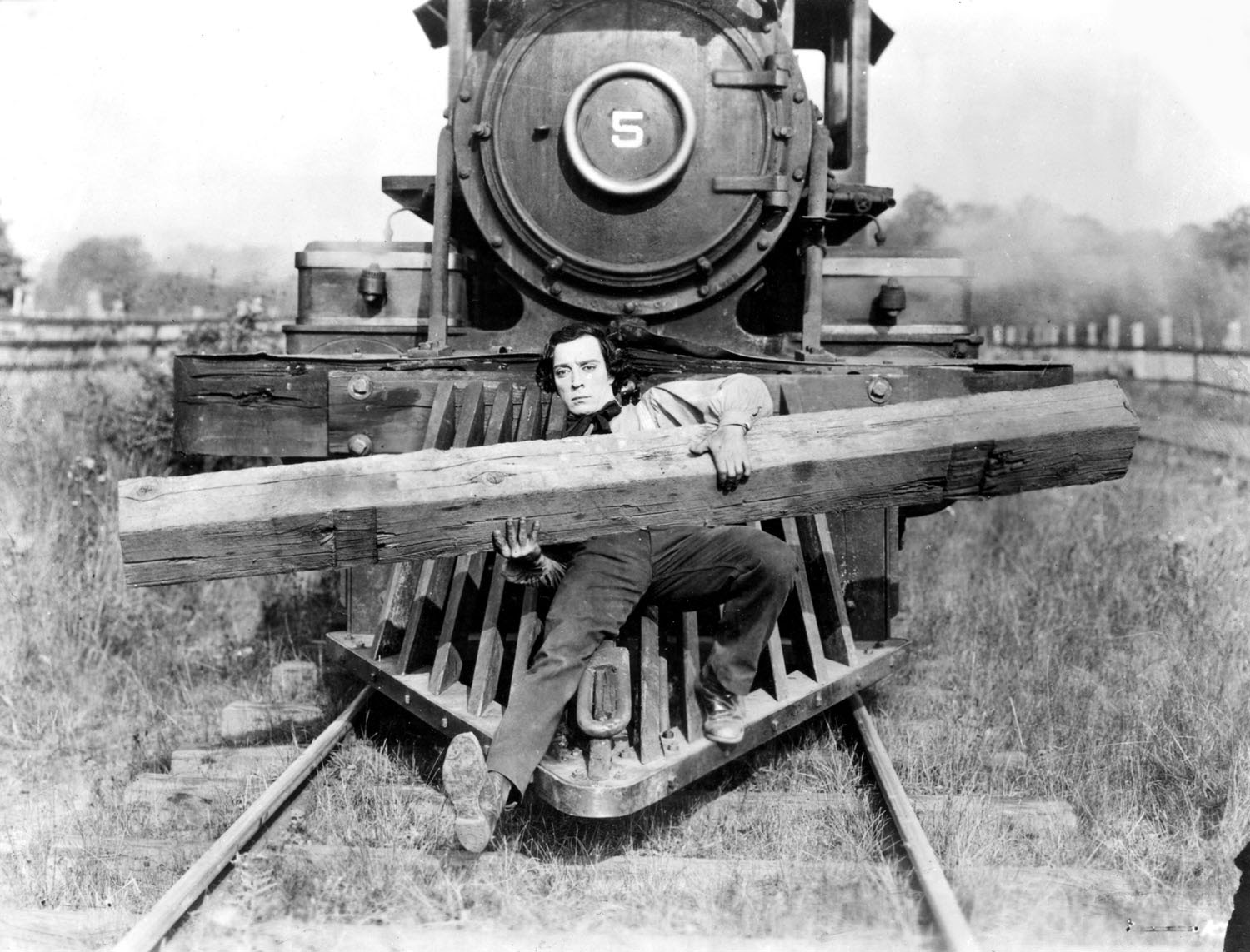 Based on William Pittenger’s novel The Great Locomotive Chase, The General is the story of a Confederate train driver who steals a Union train during the American Civil War. Directed by Buster Keaton and Clyde Bruckman and screenplay by Keaton, Bruckman, Al Boasberg, Paul Girard Smith, and Charles Henry Smith. The film is a comedy that explores a man’s desire to help the Confederate as well as gain the admiration of his fiancee. Starring Buster Keaton and Marion Mack. The General is a spectacular and adventurous film from Buster Keaton and Clyde Bruckman.

Set in the early years of the American Civil War, the film revolves around a train engineer who wants to enlist in the Confederacy to gain the favor of his girlfriend only to be rejected until he sees his beloved train being captured by Union spies prompting him to be involved. It’s a film with a simple premise but one that manages to play into a sense of adventure as well as what is at stake for the protagonist Johnnie Gray (Buster Keaton). It is clear that he wants to help out in the war but he is seen by some as too valuable for the railroad service as it’s key to the survival of the South. Once the element of suspense emerges where his train known as the General is taken with his beloved Annabelle (Marion Mack) also captured. Gray does what needs to be done where it is more than just about his train and girlfriend but also his home as the Confederates are outnumbered against the Union.

The film’s direction by Buster Keaton and Clyde Bruckman is quite mesmerizing for not just its inspired use of tracking shots and capturing the scenery of its locations. It’s also in the use of wide shots and capturing the vast look of the locations as it’s shot in a small town in Oregon to play into the look of the American South. Much of it involve crowd scenes as well as shots that require massive set pieces and special effects that involve the scenes in the train. There’s also a chase sequence where it’s Keaton that uses his unique approach to physical comedy to play into the sense of adventure and Gray’s determination to be the hero despite the fact that he’s kind of a screw-up. Yet, that adds to the whimsical tone of the film Keaton and Bruckman allow a character to root for as there’s some very intense scenes in the train where he has to do whatever to stop the Union from unleashing their plans.

All of which would lead to a climax that is very sprawling where it’s use of wide and medium shots as well as tracking shots would play into something that is thrilling and explosive. Especially in the fact that it requires moments of suspense and elements of humor as it plays to Grey being in a situation and how he tries to defuse things with some minor success. Overall, Keaton and Bruckman create a very fun and exciting film about a train engineer doing his part for the Confederacy in the American Civil War.

Cinematographers Bert Haines and Devereaux Jennings do brilliant work with the film‘s black-and-white photography with some unique lighting schemes for a key scene in the climatic battle as well as the use of blue filters for the scenes set at night. Editors Buster Keaton and Sherman Kell do amazing work with the editing as it‘s very straightforward with some rhythmic cuts for some of the film‘s action and comical scenes. Art director Fred Gabourie and set decorator Harry Roselotte do fantastic work with the design of the trains as well as the bridges for some of the film‘s extravagant sequences. The film’s special effects by Jack Little are excellent for some of the intense action sequences as well as a key scene where Grey sees Annabelle at a Union cabin. The film’s music by Carl Davis is superb for its thrilling and bombastic orchestral score with themes that play to period of the times as it’s always adding tone to the film in its humor and suspense.

The film’s phenomenal cast includes some notable small roles from Joe Keaton, Mike Donlin, and Tom Nawn as a trio of Union generals, Frederick Vroom as the Confederate general, Charles Henry Smith as Annabelle’s father, Frank Barnes as Annabelle’s brother, and Jim Farley as the Union general Thatcher who would be part of the scheme to attack the Confederates. Glen Cavender is terrific as the Union spy Captain Anderson who leads the train theft as he would also kidnap Annabelle. Marion Mack is brilliant as Annabelle as a woman who loves Johnnie but sees him as a coward when he doesn’t enlist as she would later prove to be useful in the third act where her character isn’t just a foil but also someone that can get things done. Finally, there’s Buster Keaton in a marvelous performance as Johnnie Gray as this young train engineer who is trying to show his courage by trying to save his train and his girl while doing whatever to save his small town from the Union as it’s one of Keaton’s funniest and most touching performances.

The General is a magnificent film from Buster Keaton and Clyde Bruckman. The film is truly not just one of Keaton’s most entertaining films but also a film that is filled with ambition and manages to exceed those ambitions with a sense of humor and adventurous moments. It’s also a film that showcases what could be done in comedy as it’s really one of the finest films in the era of silent comedies. In the end, The General is a tremendously sensational film from Buster Keaton and Clyde Bruckman.

I need to just watch this. I've owned it for like five years...but I've never actually watched it.

Your review is amazing, BTW.

Excellent choice for the blind spot series!
So many great moments, the daring stunts, the enlistment scene, the iconic images of Keaton sitting on the wheels of the moving train, and on the front. Buster Keaton at his best.

@Chris-I was absolutely amazed at everything he is doing. The man is a fucking genius. It's a shame the film didn't do well when it first came out. It was good of Charlie Chaplin to give him that small role in Limelight where he and Chaplin really do something that audiences will remember.

The General is easily one of the most spectacular movies ever made. I mean, the dude really did everything that was shown in the movie. I'm in complete awe of this film. Great review.

@Wendell Ottley-It is spectacular. I was blown away by the stunts and its approach to physical comedy. Buster Keaton is awesome.