60 More Films for Those w/ Brains and Taste 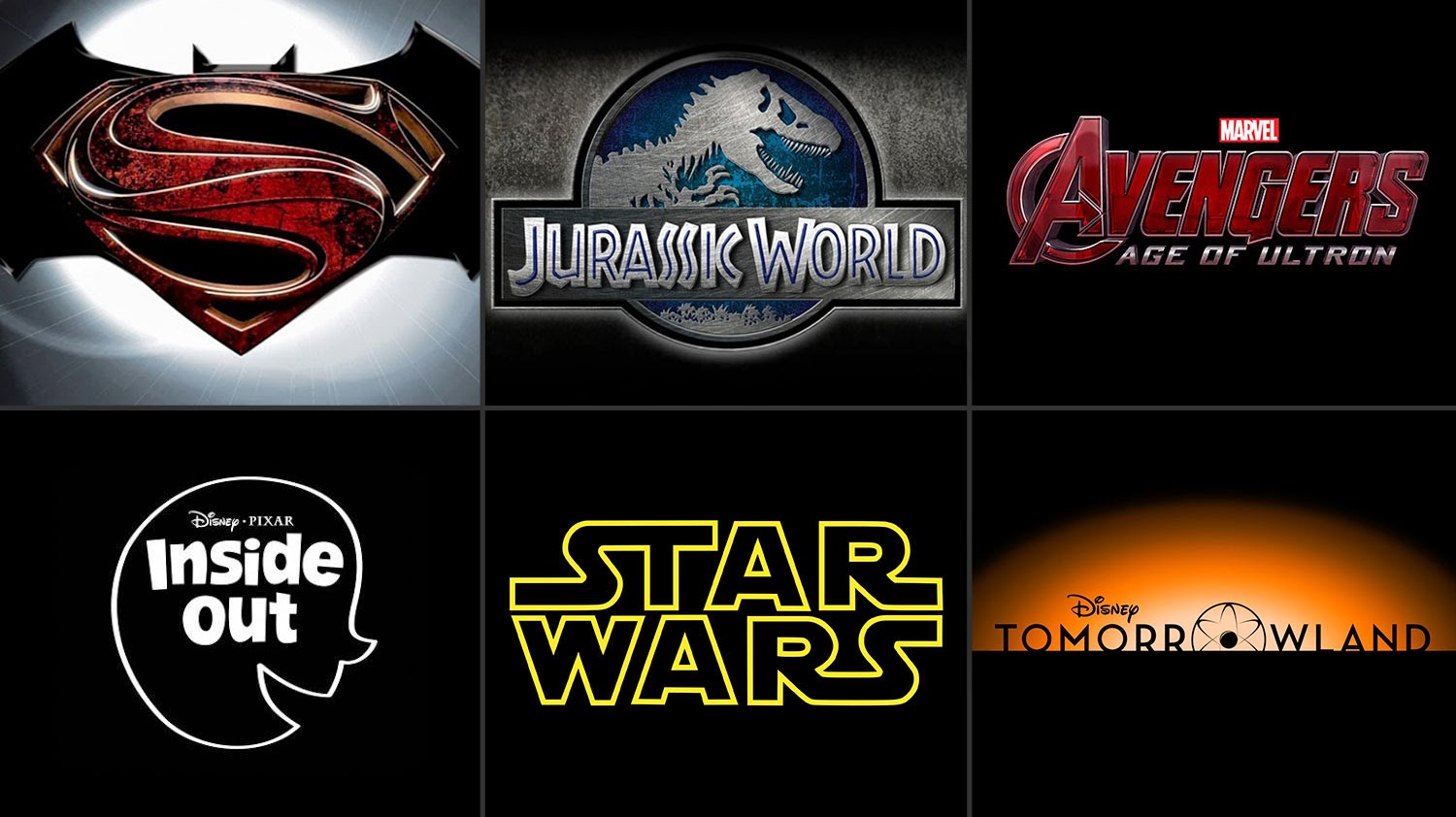 That’s What I’m Talking About

The past two years has been great for Richard Linklater in not just closing the Before trilogy in 2013 but also release the long-awaited Boyhood a year later as the film was released to great acclaim. In continuing this hot streak he’s in, Linklater will release what he describes as a spiritual sequel 1993’s 70s film Dazed and Confused as it will revolve around college freshmen baseball players coping with their new surroundings as the film is set in the 1980s. Though shooting has finished and is currently in post-production, it’s likely that it will arrive in the festival circuit. 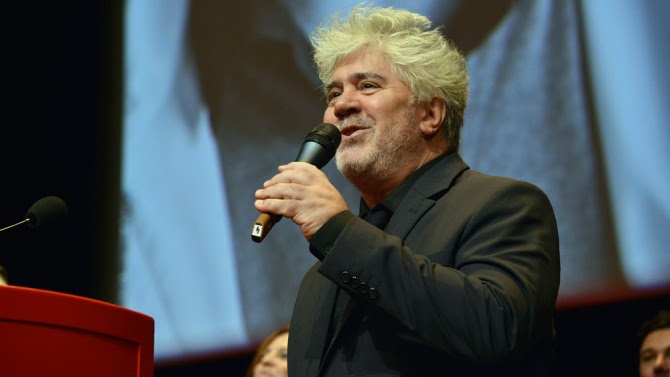 Written and directed by Pedro Almodovar.

2013’s I’m So Excited! was a break for the famed Spanish auteur who had been making more dramatic-based features for more than a decade as his last film was a return to comedies of the past. His twentieth film will be a return to the female-led dramas of the past though there hasn’t been any details nor cast information available as shooting plans to take place during the summer. Yet, Almodovar is a name that often brings in audiences as he is one of cinema’s great filmmakers. 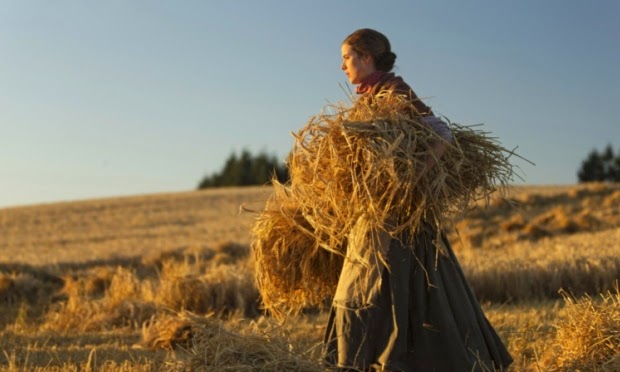 Written for the screen and directed by Terence Davies. Based on the novel by Lewis Grassic Gibson.

Terence Davies is one of British cinema’s finest filmmakers though he doesn’t work very frequently due to financial difficulties as his last film The Deep Blue Sea in 2011 garnered rave reviews. His seventh feature film is an adaptation of Lewis Grassic Gibson’s novel though cast information hasn’t been revealed while it’s unclear whether the film will ever come out as it has been mired in financial difficulties and various delays. Still, Davies is a name that gets audiences excited for as he often makes the kind of films that plays into dramas that are geared towards adults with stories that are compelling.

The Lost City of Z 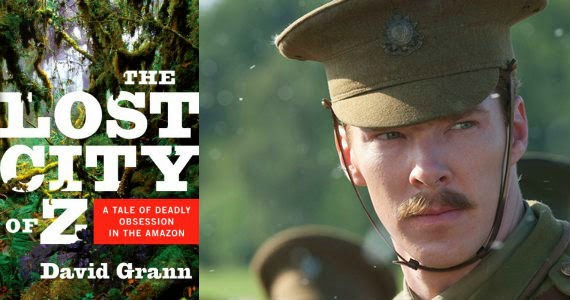 Written for the screen and directed by James Gray. Based on the novel by David Grann. Starring Robert Pattinson and Sienna Miller.

2013’s The Immigrant is considered one of James Gray’s best works despite the poor distribution it would get from Harvey Weinstein over its release. Yet, the film did give Grey some of his best reviews as he is once again making another period film in an adaptation of David Grann’s novel about an explorer and his son searching for a legendary ancient city. The concept definitely seems like the kind of project that will be big for Gray as it’s an indication that he is willing to take some risks. 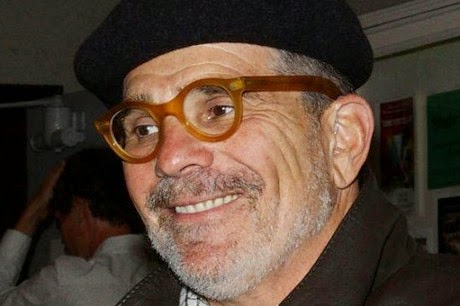 Written and directed by David Mamet.

David Mamet is a name that is often synonymous with great writing as he is also known for making small films that manage to defy expectations and bend all sorts of genres no matter what they may seem. While there hasn’t been any detail into what his next feature is about nor who will be in it. Mamet definitely is someone that will get some people to watch no matter what kind of film it is. 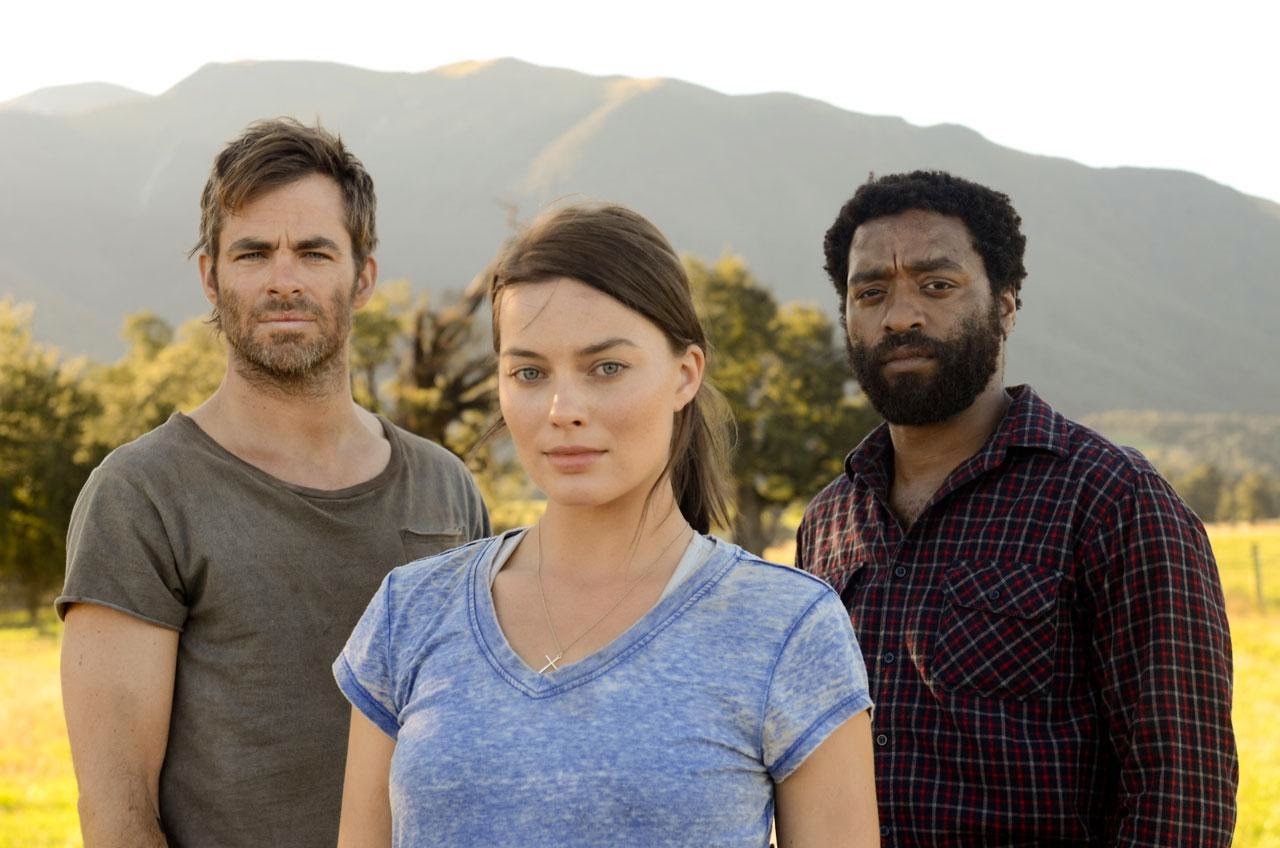 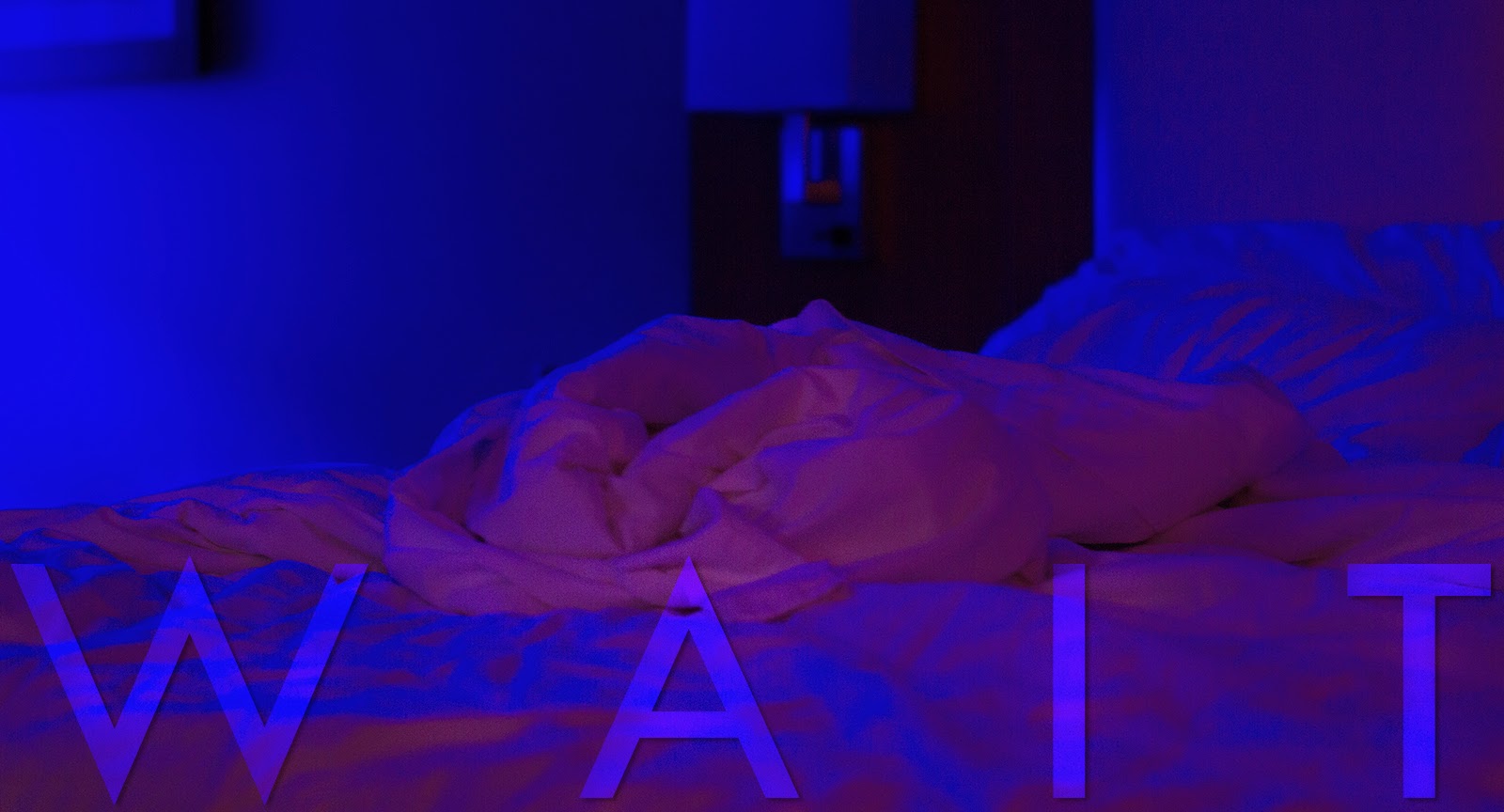 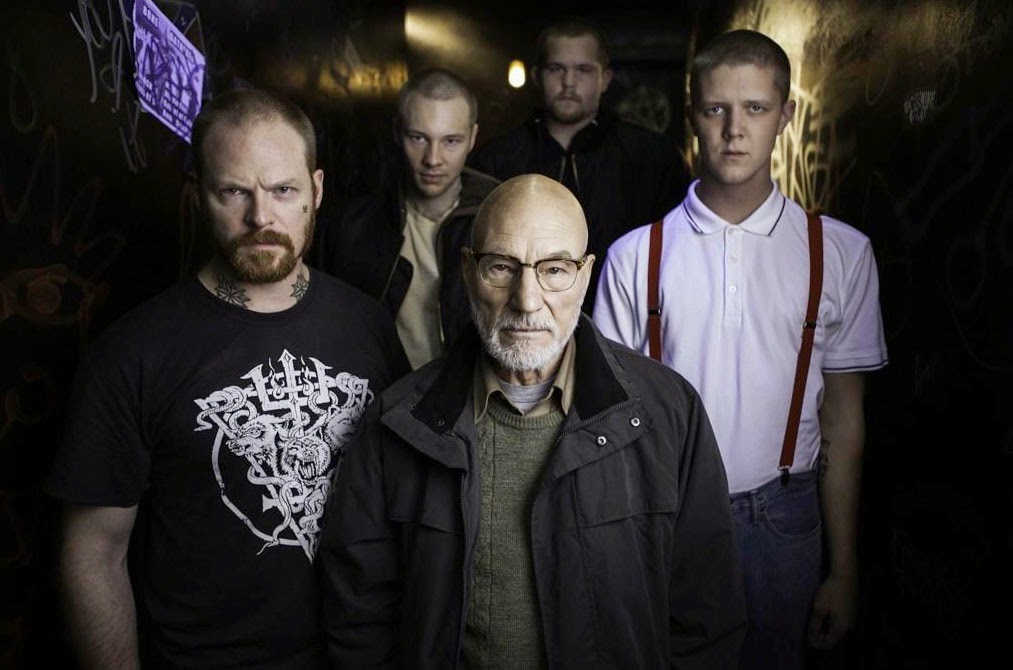 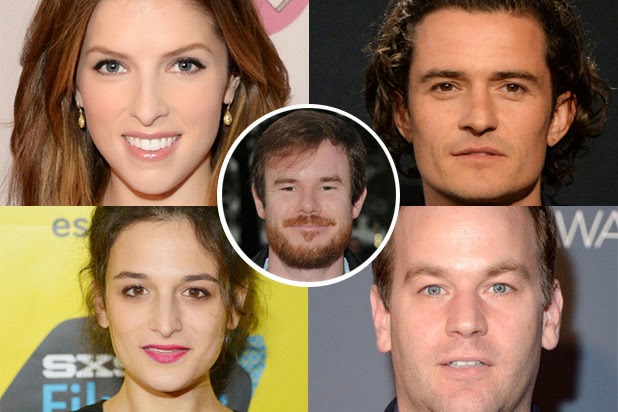 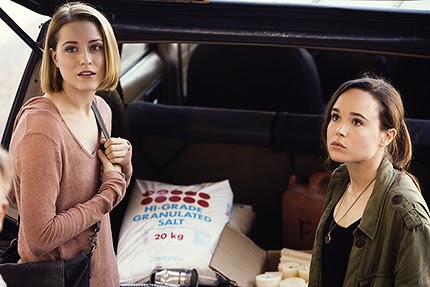 The End of the Tour

A Tale of Love and Darkness 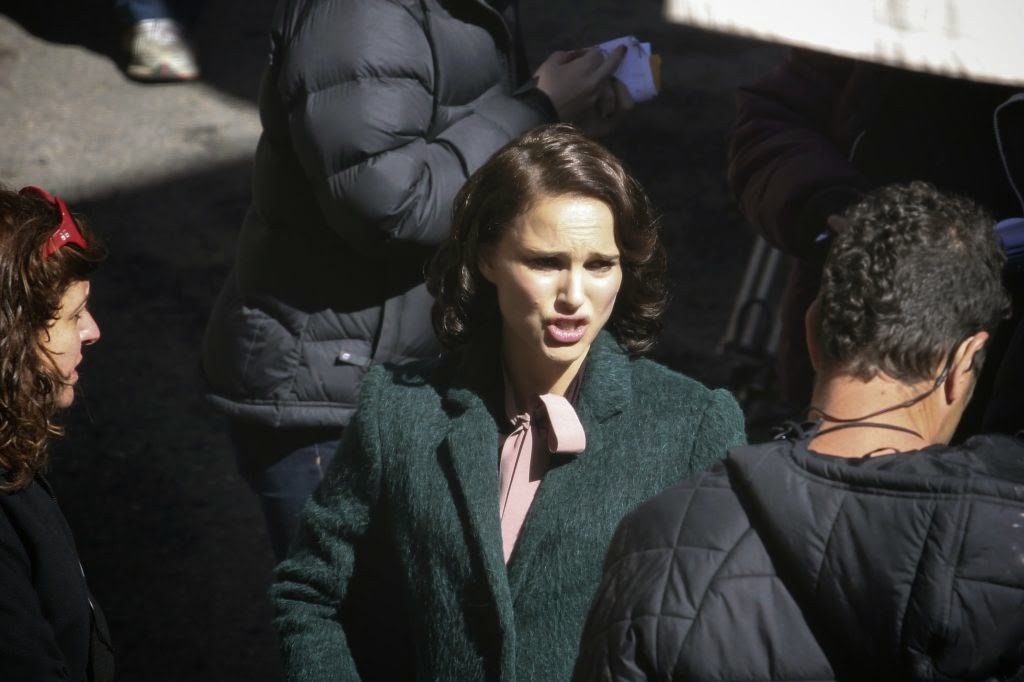 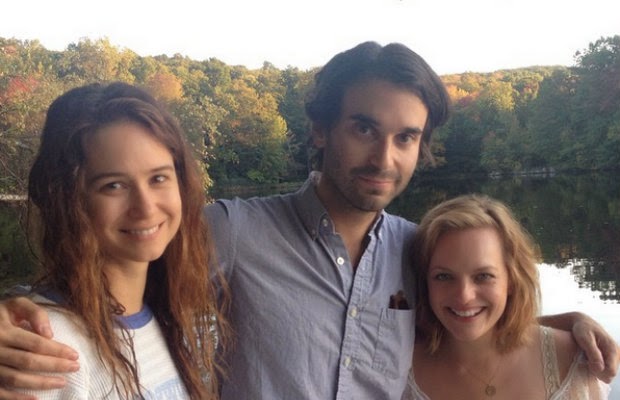 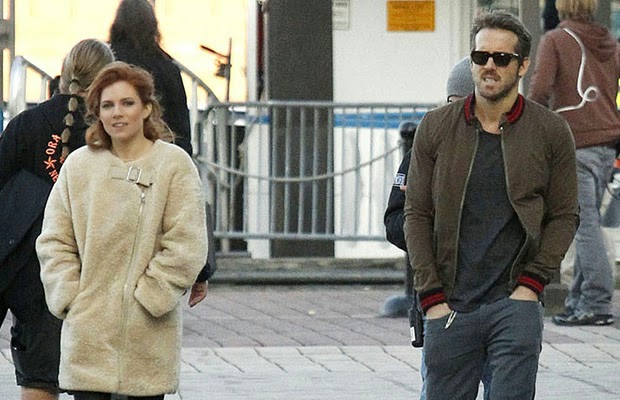 Last Days in the Desert

Day Out of Days 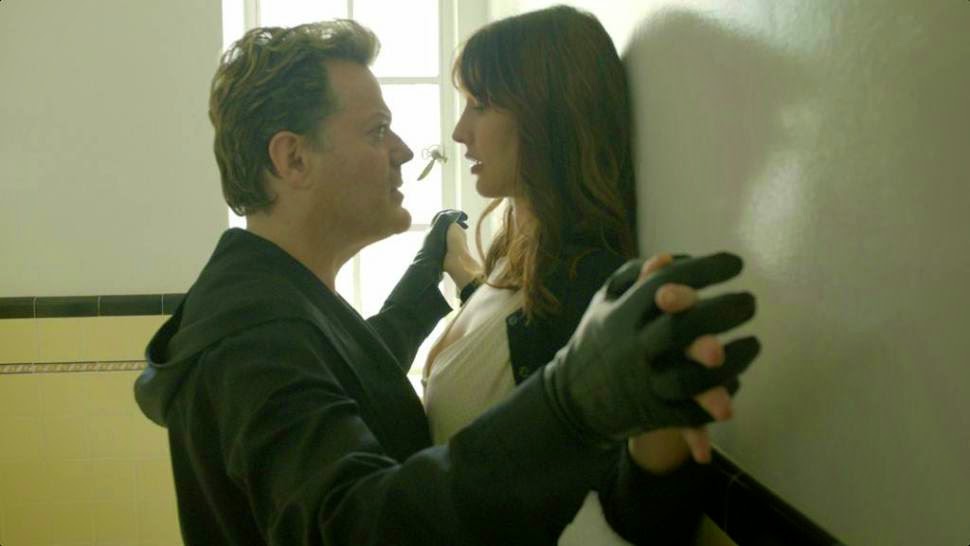 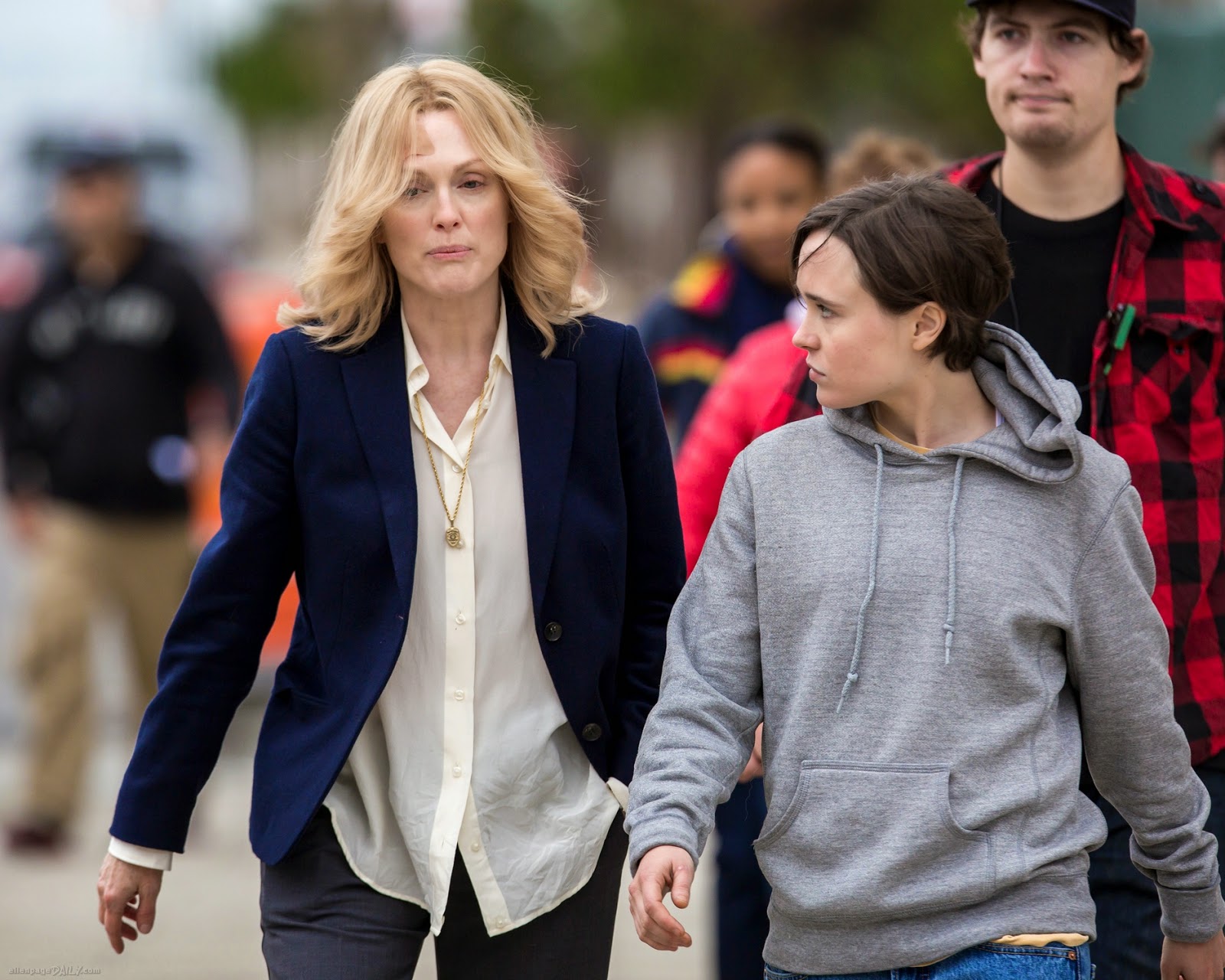 There’s a lot of films by newcomers and other filmmakers that are definitely coming into the film festival circuit with films that definitely aim for something simpler or to create something new. Among these newcomers include the very talented Alex Withrow of And So It Begins... who will unleash his debut film in Wait. Others who are making their debut will be Nicole Beckwith with Stockholm, Pennsylvania, Jonas Cuaron with his feature-film debut in Dieserto, and Natalie Portman in her own feature-film directorial debut in an adaptation of Amos Oz’s A Tale of Love and Darkness. Other noted indie filmmakers such as the Swanberg brothers, Kyle Patrick Alvarez, Jeremy Slaunier, Craig Zobel, Matt Ross, Alex Ross Perry, James Ponsoldt, Patricia Rozema, Peter Sollett, So-Yong Kim, Michael Almereyeda, and Zoe Cassavetes will bring in new films that definitely will be completely different from the mainstream.

Husband and wife teams in Ryan Boden/Anna Fleck and Robert Pulcini/Shari Springer Berman will also capitalize on their indie cred to release new feature films while Dylan Kidd makes a long-awaited return in the comedy Get a Job. British filmmakers such as Lenny Abrahamson, John Crowley, and Andrew Haigh will each display their own new features while longtime playwright Rupert Goold directs a drama starring James Franco and Jonah Hill about a man accused of murder. Finally, there’s Rodrigo Garcia who returns with a strange drama that has Ewan McrGregor lost in the middle of a desert as these are the kind of films that refuse to play by the rules as they dare to challenge anything that’s out there.

Arthouse, Auteurs, & Other Strange Films by the Elite 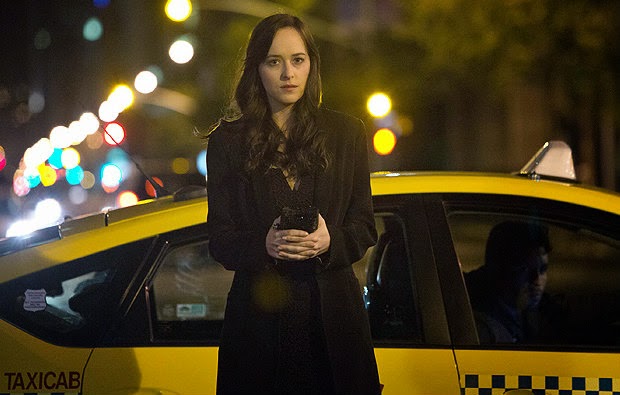 Nobody Wants the Night

Every Thing Will Be Fine 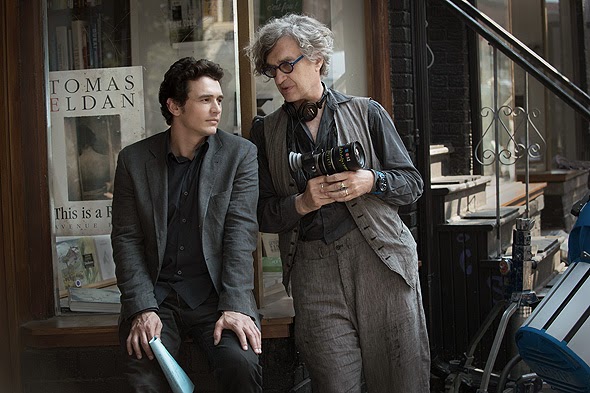 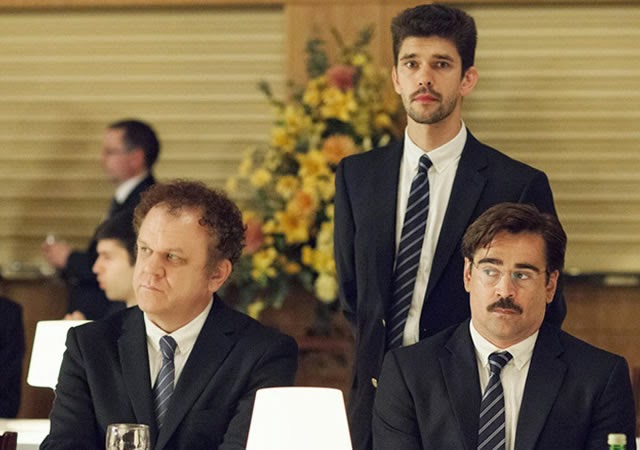 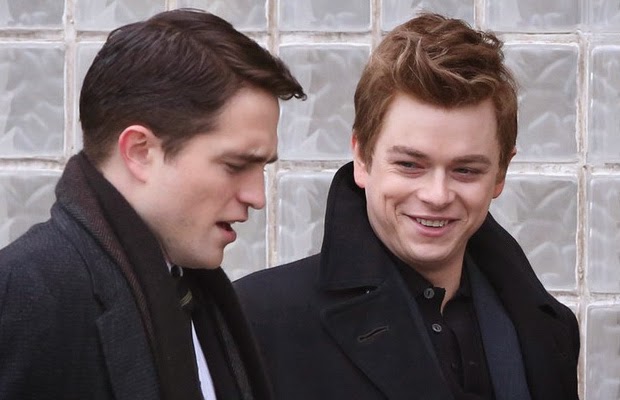 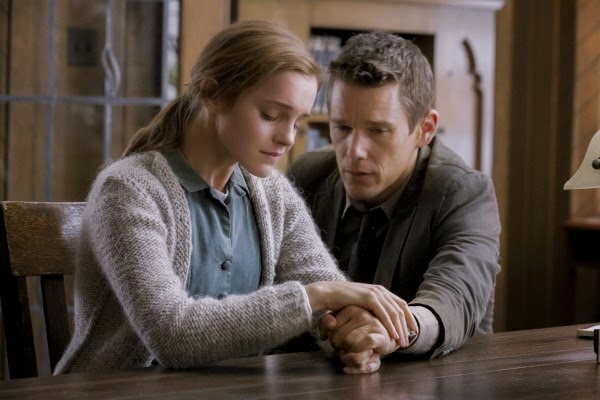 A Hologram for the King

Written for the screen and directed by Tom Tykwer. Based on the novel by Dave Eggers. Starring Tom Hanks, Sarita Choudhury, and Tom Skerritt. 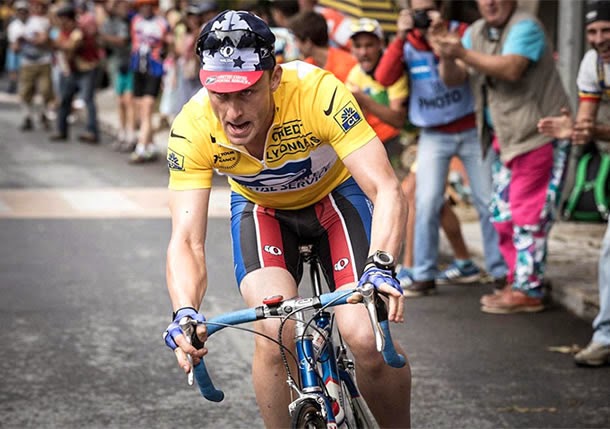 The Tale of Tales

Directed by Jim Sheridan. Based on the novel by Sebastian Barry. Starring Rooney Mara and Vanessa Redgrave. 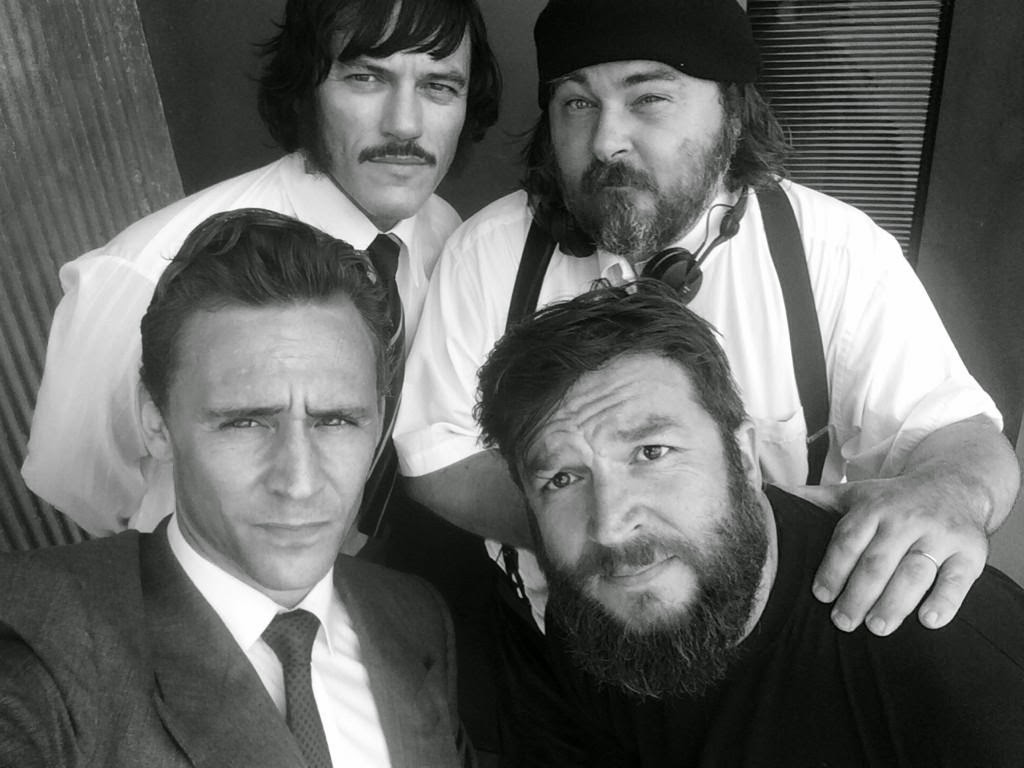 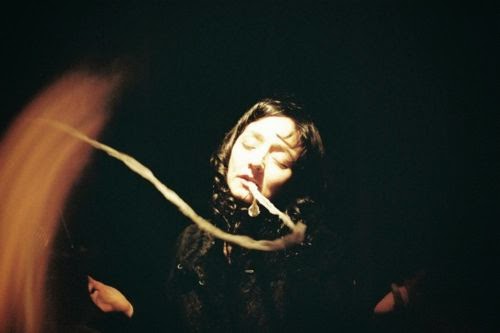 Directed by Lucrecia Martel. Based on a novel by Antonio di Benedetto. Starring Daniel Giminez Cacho.

Directed by Hirokazu Koreeda. Based on the magna by Akimi Yoshida. Starring Haruka Ayase.

Our Brand is Crisis

Beasts of No Nation 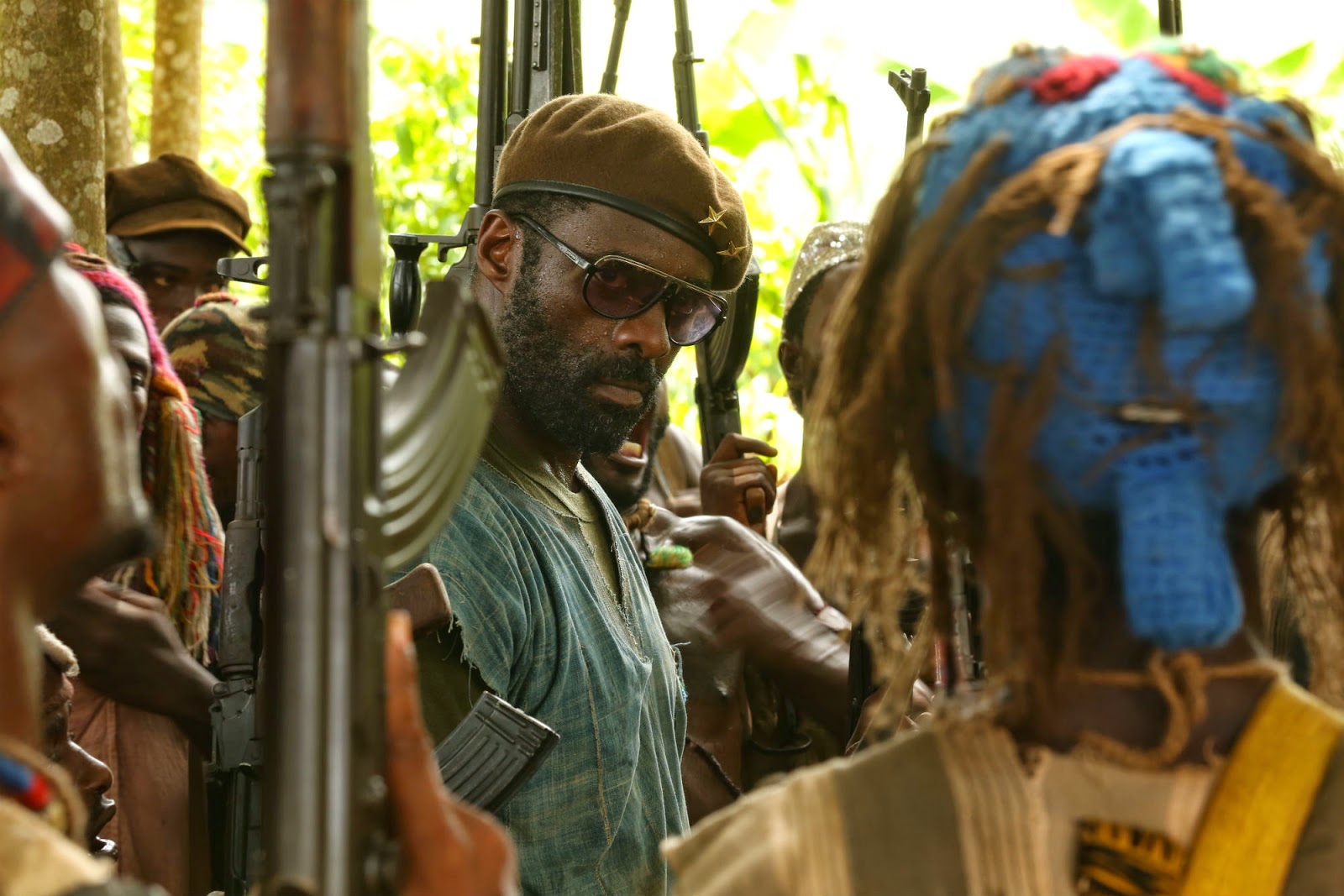 There’s a lot of new films coming from some of the world’s best filmmakers as such top-tier women filmmakers like Isabel Coixet is set to premiere an adventure film with Juliette Binoche while Lucrecia Martel is adapting Antonio di Benedetto’s existential novel. From Italy, Matteo Garrone, Luca Guadagnino, and Paolo Sorrentino will each unveil new films while Canadians such as Jean-Marc Vallee and Denis Villeneuve are also going to come out with new films having been given recent mainstream exposure with their previous films. Then there’s Guy Maddin who might finally unleash his long-awaited Seances project that’s been in the works for year. Yorgos Lanthimos will unveil his first English-language film as does Joachim Trier as it’s hopeful that both men won’t be compromising their vision despite having it presented in other languages.

Several of Britain’s top directors like Peter Greenaway and Stephen Frears will both have new features as does Ben Wheatley who has been a major name that’s becoming prominent in British cinema. In Ireland, John Carney will return with another musical project while Jim Sheridan hopes to redeem himself after the disastrous production of 2011’s Dream House which he refused to promote. Wim Wenders continues to experiment with 3D for a new drama starring James Franco and Rachel McAdams while fellow German Tom Tykwer re-teams with his Cloud Atlas star Tom Hanks for an adaptation of Dave Eggers’ book. Paul Verhoeven will be making his return after spending most of the past decade producing and doing smaller projects while Anton Corbijn explores the friendship between James Dean and photographer James Stock in Life. Hirokazu Koreeda will make a different film based on a popular magma while Cary Fukunaga explores the horrors of war in Beasts of No Nation.

Several American filmmakers will unleash films that won’t play to conventional dramas as Sean Penn, Scott Cooper, David Gordon Green, and Thomas McCarthy are planning to release new films while famed documentary filmmaker will make a rare narrative-based feature film based on a love triangle between Bryan Cranston, Naomi Watts, and Edgar Ramirez. Jonathan Jakubowicz will create a film about the legendary Roberto Duran-Sugar Ray Leonard fight while Olivier Assayas will return with another new film that will also star Robert de Niro. Finally, there’s Alejandro Amenabar who will make his return after a six-year hiatus about detective investigating a rape case in Regression.

Thanks for another great list!
I don't follow baseball, but I'll be seeing Linklater's That’s What I’m Talking About.
Get a Job has been in limbo for a while, I wonder if it will get released, I love Dylan Kidd's directorial debut Roger Dodger.
Nice to see Wait on your list! Didn't know Natalie Portman is directing.
I'm interested in Paolo Sorrentino's follow-up to The Great Beauty.

Lots of great stuff here Steven! Intrigued by the cast of Z for Zachariah and wow, that’s Ewan McGregor as Christ? Heh seems like everyone wants in in all the Biblical tales. Oooh so Ralph Fiennes & Tilda Swinton are teaming up again for A Bigger Splash. OMG! There is a film starring Hiddleston, Jeremy Irons, James Purefoy AND Luke Evans??! Who even cares about the script with THAT cast! :P

Ahh there's so many good ones here! 2015 looks so promising.

@Chris-I had to include Wait, what kind of film brother would I be if I didn't include it.

@ruth-Yes, I think that is McGregor as Jesus. Hiddleston, Irons, Purefoy, and Evans... that is a cast.

@Brittani-Thank you. We need to sell some blood if we're going to see these films.

@Wendell-I hope it comes out in 2015. Almodovar puts my ass in the seat!

Btw, is it just me or James Franco is EVERYWHERE? Oh and Sing Street sounds good. I actually met Jack Reynor when he was promoting Transformers 4, well hopefully he's done w/ dreadful movies as he's also gonna be in Macbeth!