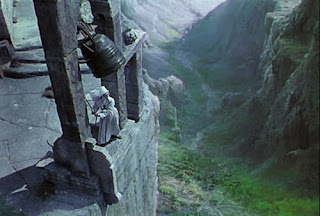 Well, the summer is coming to an end in less than a month and well, it's been a bit underwhelming despite two great movies this year. Yet, I have to admit that for me personally. It hasn't been a bad year in film so far as the fall season is coming and it's usually my favorite season of the year. Still, it's been a pretty dull summer as far as new movies are concerned. Yet, it was a post from Jim Turnbull at Anomalous Material about the fall of the Blockbuster.
I commented at the post expressing my thoughts yet I still think about what's going on. I'm also thinking of what is ahead and to be quite honest with you. I'm not looking forward to what is coming next summer or the summers afterwards. It's getting really boring with not a lot of films to go see. Sure, there's The Avengers and The Dark Knight Rises but that's it as far as summer blockbuster seasons are going. Still, I'm being put off by the slew of leaked and official pictures coming out for the latter because I don't want to know what's going on. I'd rather be kept in the dark.
Still, I think there will be some good movies around but it's becoming a bit less as I'm keeping expectations low and just see what is ahead. Besides, it's been a fruitful summer as far as watching movies at home as there's a lot I've watched and enjoyed. I'm doing more while taking the time to work on various projects. So far, I'm half-finished with writing my script as I plan to collect all of the chapters and assemble it into a full script hopefully around the fall. I'm also nearly done with my 1991 Music essay projects as I hope to do some polishing later this month. I'm also starting work on my Gus Van Sant project as I'm doing everything right now chronologically. That's all I'm doing as I'm just doing things a bit slowly along with my music review stuff at my other blog.
In the world of the blogs, there's a lot going on. James @ Cinema Sights about revisiting films. It's something I do every once in a while though there's some films I'm not eager to watch again for a variety of reasons.
JBT @ Big Thoughts from a Small Mind has a great piece about one of the best character actors working today in Oliver Platt. Who could not love that dude? Just make sure you don't see him Ready to Rumble aka the Film that Put WCW Out of Business.
Marshall @ Marshall and the Movies reveals why The Change-Up isn't a good movie at all. I like Ryan Reynolds but please Hollywood, stop trying to make him a movie star. Turning people into stars don't work overnight. Remember how long it took Christian Bale to become before he became Batman?
Speaking of Batman, Dan @ Dan the Man's Movie Review has a great review about Tim Burton's take on the Caped Crusader. Whenever I think about that film. There's two things I think of. Jack Nicholson and Prince's song "Batdance" where I always do air guitar to that solo.
Laura @ City Lights has this great rant about some claim that Franco Zeffirelli's The Champ as "the saddest movie ever". Are you fucking serious? What about Bicycle Thieves, Never Let Me Go, Breaking the Waves?
Jake @ Not Just Movies has a review of Satyajit Ray's The Music Room that makes me want to explore the work of Ray whose films I had never seen before.
Bonjour Tristesse has a review of Louis Malle's Black Moon that I think everyone should read.
Andy @ Andy Buckle's Film Emporium attended the Melbourne Film Festival where one of the films he saw is Lars von Trier's Melancholia that has gotten me more intrigued about the film.
Stevee @ Cinematic Paradox is about to turn 16 by celebrating 16 of her favorite things about film starting with her love for Christopher Nolan.
Finally, there's a new blog that I want to pimp out. It's a blog called Cinemecca that is run by a group of dudes including one of my former Epinions.com colleagues in Jason Haskins aka JiggyJay. Jason is one of the few writers at Epinions that actually knows his shit and is a damn good writer. I just want to help him and the rest of the gang out by giving them more exposure so please, check them out.
Well that is all. Expect some expanded reviews of the films from Gus Van Sant to come around often as I'm set to work on the DVD content of My Own Private Idaho while I'll be watching a slew of films by Charles Chaplin, Jacques Tati, Jean-Luc Godard, Francois Truffaut, Alain Renais, and the upcoming LAMB Movie of the Month in Renny Harlin's A Long Kiss Goodnight which I did see in the theaters a long time ago. Until, then... 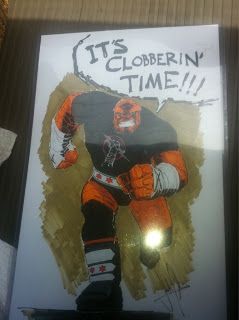 Wow, lots of great posts here, and thanks for the link!

The Music Room, looks excellent I have to admit I never heard of Ray before I saw it on the Criterion list.

I'll be sure to check out Cinemecca as well.

Thanks Bonjour. I hope to get The Music Room later in the year as my intro to Ray. I blame Wes Anderson for making me interested in him.

Some great articles linked here. Thanks for my inclusion!

Looking back at this summer, I'm truly disappointed in this year's crop. I can't recall one summer blockbuster I actually liked with the exception of Harry Potter.

@Castor-HP 7.2 was the only blockbuster that I enjoyed. X-Men First Class and Cars 2 were pretty mediocre. I feel like the blockbusters are regressing. They're starting to look and feel the same. I'm watching some of the ones that came out last year. Some are OK to watch but a lot of is just boring. Let's just all stay home in protest.