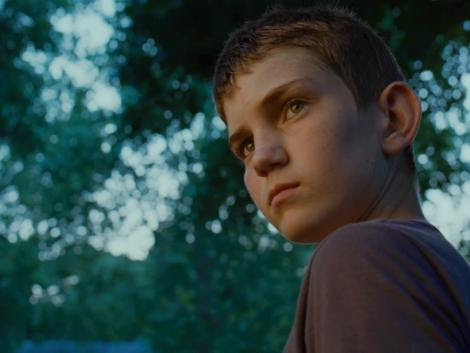 Well, it's been a few weeks since I last saw The Tree of Life and to be honest. It's definitely one of those films that to this day since I saw that film that continues to baffle me but also wow me in ways that I haven't felt in my years as a film buff, cinephile, whatever. Reviewing the film however, was challenging. Nowadays, it takes me a 4-5 hours to write a review. Yet, I take my time with each review as I also try to simplify the plot and create an analysis about it. Yet, that takes a lot of time and that's the hard part. With my own review of The Tree of Life. I had been preparing for quite some time. The plot summary was easy but when it came to the analysis. That took me more than an entire day's worth to really think about it. I had to cut 10 paragraphs to eight and eventually to something very simple. I had to admit, that was tough. I'm sure other bloggers had a hard time reviewing it as well.
I gave my review a five-star rating for the LAMB score but I'm still not sure if that rating is enough. I don't think it needs a rating and it's a very tough film to really get into. I hope to see it again when it goes wide and maybe create another review as a second take thing.
Other than that, it's been a pretty decent year in films and I've been trying to work on various projects. I'm still on my first act of my script that's been a slow thing to work on. I'm also getting my foot back into writing music reviews again at my other blog The Void-Go-Round where I'm reviewing albums by the Cure from 1979 through 1990 for the time being since that's where their recent reissues have been prominent as of late. My Ghost World 10th anniversary essay is coming around for July while I plan to do my Auteurs profile on Gus Van Sant in August. That's pretty much it for now other than the usual reviews that I'm doing including my 1991-20 project.
In the world of the blogosphere, I'm happy to say that there's been a great slew of reviews coming on The Tree of Life that I think people should be reading. There's more to come as I'm sure it's going to be one of the top films of 2011. Notable reviews that should be read are from James @ Cinema Sights, Castor @ Anamolous Material, Blake @ Bitchin' Film Reviews, The Mad Hatter @ The Dark of the Matinee, Jake @ Not Just Movies, Bonjour Tristesse, and Leysa @ Eternity of Dream.
Another of my favorite 2011 film in Woody Allen's Midnight in Paris also has a slew of great reviews from Marshall @ Marshall and the Movies, Dan @ Dan the Man's Movie Reviews, Alex @ Film Forager, Norma @ The Flick Chick, Jake @ Not Just Movies, & John at John Likes Movies.
Finally, Andy @ Andy Buckle's Film Emporium has been covering the Sydney Film Festival where he's been seeing a lot of films as my favorite review right now is the documentary Senna and Jeff Nichols' upcoming film Take Shelter.
Well, that's all there is to say. A couple of notes I should mention before I close this post. First, I want to thank John Stone for giving me suggestions on my review for The Tree of Life. He's one of the few writers at Epinions.com (though he writes infrequently right now) that is actually worth a damn. He also has a wonderful review on that film so I should thank him.
The other note that is also related to The Tree of Life is a Youtube clip that I think is very interesting. Since it's from a Catholic priest, his interpretation I think is one of the most engrossing. Although I'm not sure I agree about his views on the film, it is a profound piece.
Well, that is all. And remember... take care. Spike your hair. Woo-woo-woo. You know it Bro! 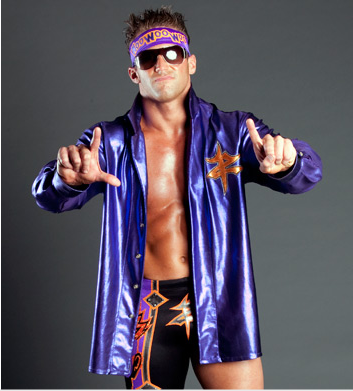 Thanks for reading Steven, and for the mention. Really appreciate it!

I'll be seeing Tree of Life again in about a week. Review to follow!

Sweet!!! I'll be anticipating that review.

Thanks for the link. You are right it was a most challenging film to review. Usually I can knock one out after a couple of hours, but it took a few days to pass in order for me to do more than stare at a blank page.

@Bonjour-When I finally did release my review of that film. I still wasn't sure but thankfully, John came in with some suggestions and I pretty much did some tweaking and I'm satisfied though I think it still needs some tweaking.

Thanks for checking mine out Steven! Also, thanks especially for the mention my man! I want to see Tree of Life soon but it hasn't come around to me yet at all, but hopefully soon.

@Dan-You're welcome. As for The Tree of Life, go here for info on where it's playing near you.