Originally Written and Posted at Epinions.com on 5/14/09 w/ Additional Edits. 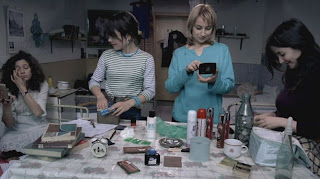 An excellent film that seemed to come out of nowhere, still waiting anxiously for Mungiu to make another movie.

Have you seen many other Romanian new wave films?

The only other film I've seen is The Death of Mr. Lazarescu which I might post next week.

"harrowing yet mesmerizing masterpiece from Cristian Mungiu..." that's for damn sure.

@Alex-It's definitely a film any film buff must see or have. I'm hoping that it gets a Criterion release. We need more access to the Romanian New Wave.