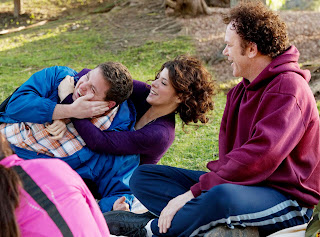 Considering I'm a huge fan of the show The League - You'd think I'd about how Mark Duplass writes/directs.

Love his character on the show, perhaps I need to check out his other work.

Thank you. This is still the only thing I've seen what the Duplass brothers do in their entirety as I've only seen bits of their other films though I'm aware of what they do. I'm eager to check out more of their work.