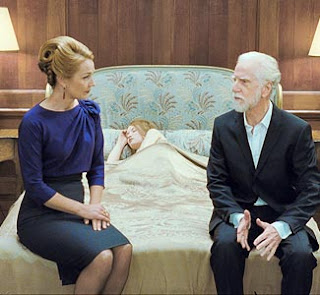 Dark and beautiful is right. But a little bit too distant and detached to really ring true. It will be interesting to see where Leigh goes from here.

I agree that there's a few issues about the film that kept it from being really amazing. I would hope the camera would move around more a bit to make it feel much looser. I hope Leigh can do something with whatever she does next. She just needs to loosen up a bit and not use fade-outs very often.