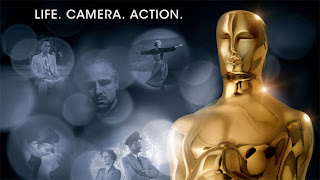 Nice predictions! But I think Clooney and Streep are winning. I'd love for Chastain to win, but the category is strong so whoever wins it's going to be fine, McTeer was especially good, the more I think about her performance the more I love it. I'm going to be so happy if The Artist wins it's such a magical movie.

If Extremely Loud somehow manages to win Best Picture, the Academy will be done in terms of credibility (whatever they have left). Nice set of predictions Steven :)