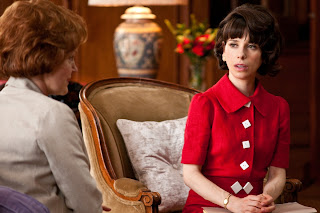 I loved this film, probably, as much as you did. I can get what you mean by saying that it was a bit uneven in its tone but the movie itself is indeed very nice. Sally was amazing, she is one of the best British actors working today, and this film especially makes me wanna see some more movies with her.

The cast, notably Sally Hawkins, made the film for me though I found it to be flawed.

Yet, it proved that Hawkins is among one of the best actresses working today.

Plus, I can't say no to seeing Jaime Winstone in hot pants. Wow!