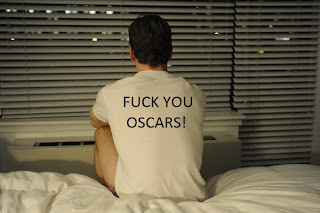 Cheers for the link dude. It is a great scene.

I can't wait for the Coen brothers articles. I loved their films, although I still have "A Serious man" to see and I heard it's one of their best. Thanks for the link!

I have not been interested in Oscars for years,the last time is when Kate Winslet and Sean Penn won.

Those Criterion Collection articles are just awesome,they are professional just as their dvds and blu-rays.I still need to learn a lot from them.

Finally,thanks for the linkage,I will be watching you on those Coen articles,how about starting with Blood Simple?

Thanks for the link love, Steven!

I finally caught up with The Brown Bunny for the first time this past year and wished I had not bothered at all. The film was painfully dull, and the story only got interesting in the last twenty minutes. My main issue with the film is that it felt like Gallo did not have any real sense of where he wanted the film to go. He seemed to have conceived the ending first but did not know how to match up the rest of the film.

@Andy-You're welcome. I love that scene as well.

@Sati-I should note that if you had an increase of readers. I posted your link to a Natalie Portman fan forum and it went to a Portman fansite so all the Portmaniacs can read that blog of yours.

@David-That was a lame Oscars. I'm only interested in watching just to see The Tree of Life pull off some kind of upset. One of the reasons I write those film essays is because I want to contribute to the Criterion DVD essays and get paid for it. As for Blood Simple, it'll probably come in a few weeks as I'm only posting material related to George Clooney for the LAMB Acting School 101 thing.

@CS-My issues with The Brown Bunny wasn't the weak plot but how serious it tried to be. It had some moments although I wondered what did Gallo cut from the original 120-minute Cannes cut to the 90-minute theatrical version. I went to see it because I wanted to see an actual oral sex performance on a movie screen. I was 23 when it was out. I wish I had my money back after learning that it was a fake.

Cheers for the link! I'm not excited for the Oscars this year like I usually am...it is more that I'm excited for the sake of having something to talk about with my friends.

Heyheyhey! Thanks for the linkage my main mans!

I'm looking forward to the rest of your Coen Brothers posts. I've seen all of their films except A Serious Man, which I've owned on DVD since it came out, but have never gotten around to seeing.

For what it's worth, I consider The Ladykillers the low point in the Coen's career. On the other hand, I liked The Hudsucker Proxy quite a bit, especially Jennifer Jason Leigh's character, although I seem to be in the minority on the movie.

@Chip-That's pretty much what The Brown Bunny is.

As for those Coen Brothers films I haven't really seen and reviewed, I'm keeping low expectations on them though I did see some of The Ladykillers some years ago and wasn't impressed.

If you are new to Argento, I'd say definitely start with Bird. That's as good an introduction as any.

Thanks for the link! Yeah, I think this year's Oscars are going to blow, almost as bad as last year's.

@Bonjour-Thanks. I'll do that once I get the urge to watch some Dario Argento films.

@Alex-I agree. I'm underwhelmed about it. It feels a bit too safe and safe is not a good word for me.