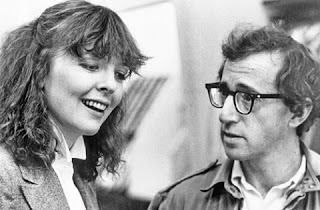 Directed and starring Woody Allen with a script written by Allen and Marshall Brickman, Manhattan is the story of a comedy writer in his 40s who dates a 17-year old as he falls for his best friend‘s mistress. The film is an ode to Allen’s love of European cinema while maintaining his own brand of neurotic humor set into a stylish romantic comedy-drama. Also starring Diane Keaton, Mariel Hemingway, Meryl Streep, Michael Murphy, and Anne Byrne. Manhattan is an evocative yet witty film from Woody Allen.

Isaac Davis (Woody Allen) is a comedy writer trying to write his first novel as he spends part of his time dating a 17-year old drama school student named Tracy (Mariel Hemingway). While going out with Tracy and his friends Yale (Michael Murphy) and Emily (Anne Byrne) where Yale secretly reveals to Isaac that he’s met another woman at a party he wants Isaac to meet. Isaac is already dealing with a book his ex-wife Jill (Meryl Streep) is about to release that includes candid details about their marriage as she’s become a lesbian. Isaac meets Yale’s lover Mary Wilke (Diane Keaton) as their first meeting doesn’t go off well due to Mary’s snobbish comments about art and Ingmar Bergman. The two would meet again at an Equals Rights Amendment party where the two begin to start a friendship.

While Isaac continues to date Tracy and hang out with Mary, Tracy reveals she’s going to London to study acting as they move into a new apartment together that turned out to be a bad idea. Isaac’s growing attraction to Mary rises as her relationship with Yale is starting to fall apart. Isaac decides to make his move towards Mary and break-up with Tracy so he can get his chance to win over Mary. At a holiday with Yale and Emily, Isaac thinks he has everything going for him until Mary reveals some news that would devastate him.

The film is about a comedy writer’s love life as it is complicated by the appearance of his friend’s mistress whom he falls for. That’s pretty much a simple summation of the plot as it also explores a man who is struggling to find some idea of love at a place he loves that is also starting to change. The screenplay that Woody Allen and Marshall Brickman creates is a study of a man trying to juggle his love life while is also dealing with what his ex-wife will reveal in an upcoming book. The script is also very loose in its approach to narrative and dialogue as it allows Allen to create a story where it reflects on a man’s love for not just women but New York City itself.

Allen’s direction is truly mesmerizing in the way he captures New York City as a place of beauty of as if it is presented at a different time. Shot entirely in black-and-white, the film adds a beauty that is very timeless to its look as well as atmosphere where it could’ve been told in a different time yet things are also changing as the city is a character in the film. With these amazing tracking shots for scenes where Isaac would often run around the city or he takes Tracy or Mary to museums to look at art. The way Allen allows the 2:35:1 theatrical aspect ratio for widescreen gives him a lot of room to breathe and widen his compositions. Notably as he uses that framing device to create these gorgeous shots of the cities including shots of the NYC freeway to capture the feel of the movement that occurs. The overall work Allen does in the film is truly outstanding as it is one of his key work in his revered career.

Cinematographer Gordon Willis does a brilliant job with the film‘s black-and-white cinematography that adds a truly lush yet stylish look to the film such as the dark scene where Isaac and Mary walk into a room full of planets. The approach to lighting is exquisite in the way that scene is shot while the nighttime and the famous Queensboro bridge shot have an air of beauty that really defies description. Editor Susan E. Morse does a fantastic job with the editing as she employs stylish rhythmic cuts and fantastic montages, such as the opening and closing scenes, to create a dazzling array of images of New York City. Production designer Mel Bourne and set decorator Robert Drumheller does an excellent job with the set pieces created such as the apartment Isaac stays in with Tracy early in the film as well as the shabby new one he gets in the second act along with the set piece of the planets that is a joy to watch.

Costume designer Albert Wolsky does a nice job with the costumes as it‘s mostly kept casual for the characters with Tracy sporting a more youthful and mature look while Mary has a more refined yet quirky look to her wardrobe. Sound editor Dan Sable does a terrific job with the sound to capture the raucous energy of the city as well as the intimacy of some of the interior location that occurs. The soundtrack largely consists of the music of George Gershwin, notably Rhapsody in Blue, as it plays to emphasize the sense of drama and fantasy conveyed throughout the film.

The casting by Juliet Taylor is superb as it includes some appearances from famed NYC politician Bella Azbug as well as Karen Allen and David Rasche as TV actors that Isaac works at. Other notable small roles include Wallace Shawn as Mary’s ex-husband, Karen Ludwig as Jill’s girlfriend Connie and Damion Scheller as Isaac and Mary’s son. Meryl Streep is very good as Isaac’s ambitious ex-wife Jill as is Anne Byrne as Yale’s kind wife Emily who enjoys the presence of the young Tracy. Michael Murphy is stellar as Isaac’s friend Yale who is trying to juggle his own affairs as he becomes desperate over his relationship with Mary to be more than just an affair.

Mariel Hemingway is wonderful as the young Tracy who enjoys Isaac’s company and his wisdom while wanting to prove something to herself as Hemingway displays a great maturity to her character which includes a very devastating break-up scene. Diane Keaton is excellent as the culturally-interested Mary who befriends Isaac as she becomes fascinated by him and New York City as she brings a calm sense of humor and understated approach to drama to her character. Finally, there’s Woody Allen in a fantastic performance as Isaac. While it’s another variation of his nebbish character, it does give Allen the chance to create a character who is trying to find love and often do things while his approach to humor is more restrained than usual as it’s one of his finest performances.

Manhattan is a rich and enjoyable film from Woody Allen as it features an outstanding ensemble that includes Diane Keaton, Mariel Hemingway, Meryl Streep, and Michael Murphy. For anyone that is into the works of Woody Allen, this film is pretty much essential while it’s also one of his best work. For newcomers, it’s a worthy introduction to what he’s able to do as a filmmaker rather than as an actor. In the end, Manhattan is spectacular and intoxicating film from Woody Allen.

I like your way of appreciating the film in every aspect and breaking it down,Steven,it makes you more professional and we readers easier to consume.It is interesting that your last films are all mentioned in my love list marathon,haha,did I give you any inspirations?

Not exactly. Originally I was going to do Humpday but I watched a few minutes of it and found myself not interested. I ended up watching Manhattan instead as a last-minute pick and next thing you know, it was a great film to watch.

I had it on my DVR stuff and I just watched it. Great film. Definitely somewhere in my top 5 films by Woody Allen.