The Short Films of Andrei Tarkovsky 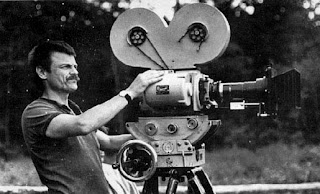 Prior to his career in feature films from 1962 to 1986, Andrei Tarkovsky made a trio of short films during his tenure as a student at State Institute of Cinematography from in the late 1950s. The three shorts Tarkovsky would make would show a development of the filmmaker where he would refine his unique visual style that would define him for the rest of his career. 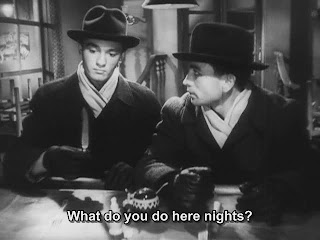 Based on Ernest Hemingway’s short story, the 19-minute short film was a collaborative short Tarkovsky made with two other Soviet filmmakers in Marika Beiku and Aleksandr Gordon as the short was divided in three scenes. The first and third were directed by Tarkovsky and Beiku while the second was shot by Gordon. It’s a short about two gangsters searching for a guy named Ole Andreson as they take a diner hostage for a bit as they wait for Ole to arrive so they can kill him.

It’s a very suspenseful short where the first scene in the diner takes place for nearly 18 minutes as it slowly builds up for a chilling climax that is followed by two shorter scenes that makes some big revelations of Ole’s whereabouts and the decision he would make as a young man and the diner owner observe everything the gangsters do. With some interesting compositions, Tarkovsky and company create a student short that is truly compelling to watch.

There Will Be No Leave Today 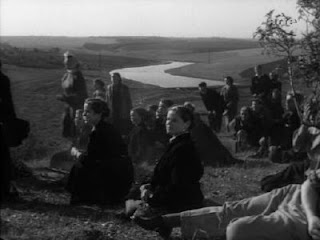 Tarkovsky’s second student short film co-directed with Aleksandr Gordon revolves around a group of construction workers finding an old cache of bombs from World War II leading to an army unit to transport the bombs away from a Russian town. It’s a short that will recall Henri-Georges Clouzot’s 1953 film The Wages of Fear as its first half is about how to get rid of the bombs and the second half is about a group of soldiers digging and pulling each bomb out of the ground.

There’s an element of suspense that is engaging because if a bomb drops or something goes wrong, a whole town could be gone as the stakes add to the drama that is happening. While there’s moments of humor, the short is an overall engrossing feature from Tarkovsky and Gordon making it a truly must-see for Tarkovsky fans as it was considered to be lost for several years until the negatives were found in the mid-1990s.

The Steamroller and the Violin 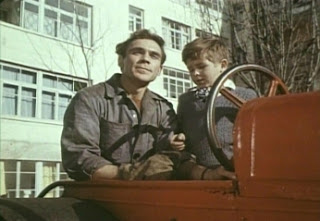 Tarkovsky’s first solo short is the story of a 7-year old violinist and his friendship with a steamroller operator. The 43-minute short from 1961 marks Tarkovsky’s first collaboration with Andrei Konchalovsky whom he would co-write Andrei Rublev with Tarkovsky. It’s a short that is very innocent about a boy who is made fun of for being a musician while his performance for his teacher is an unsatisfactory one as he finds solace in a kind steamroller operator. It’s a beautifully made short shot in color by Vadim Yusov would be another of Tarkovsky’s early collaborators in his film career. Through some dream-like images, it’s a short that captures the spirit of a child’s imagination.

These shorts are critical to the development of who Andrei Tarkovsky would become as a filmmaker as they’re definitely available to the public on YouTube so fans can see them as well as those who are new to the late filmmaker. While the shorts bare bits of the visual style that Tarkovsky would be remembered for, they’re still compelling to see where he started and how he would refine his technique as these shorts as definitely worth watching.

Related: Voyage in Time - One Day in the Life of Andrei Arsenevich - The Auteurs #14: Andrei Tarkovsky

I haven't seen these yet but I need to as I've seen all his features.

By the way Steven I just passed the Liebster blog award onto you. You don't have to do it if you don't want to though: http://wp.me/p1lYGa-WM

Thank you. I probably won't do it due to lack of interest but I'm glad someone has thought of me. You're the third person to give me this award.